Kiyoshi Kurosawa’s 1996 film “Door 3” (as in the number of a door and not the third in a trilogy) is more interesting for its ideas that will eventually surface in his later films than for its own outright creepiness. Basically, this is Kurosawa’s “Invasion of the Body Snatchers”. An insurance saleswoman (Ryo Amamiya) travels to a non-descript office building, where she becomes seduced by the male client there,. She is then slowly stalked by a group of zombie women who spit out little green monsters. Yes, I realize the description sounds like a bad 50’s sci-fi, but this is nothing new for Kurosawa…. Recycling themes and bracketing them around his own distinct style (slow zooms, shadows, plastic sheeting etc). It is curious, though, because “Door 3” features the identical blueprint for a scene that would appear later in “Pulse”- the crab walk woman, although less freakish here, is rolled out with the same droning music and shot placement. “Door 3” is a minor work in Kurosawa’s oeuvre, yet it’s fun to see this talented filmmaker playing with ideas and images way before they became ingrained in the Japanese horror new wave. 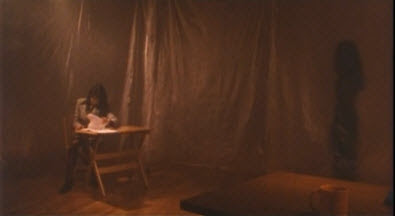 Barbara Hershey is attacked and repeatedly raped by an invisible force. Yes, I know that description sounds like a bad…. Well just bad. But Hershey’s performance is very good and director Sidney Furie handles the claptrap with straight determination and some genuine atmospheric thrills. More than an outright horror film, “The Entity” tosses around ideas about paranormal science versus psychotherapy in the role of the great Ron Silver as a therapist who sees Hershey’s violent episodes as something mental. Supposedly based on a real event in California in 1976, “The Entity” is actually a great little alternative to the pseudo-documentary falsehoods of the “Paranormal Activity” series. I only regret it’s taken me so long to catch up with it. 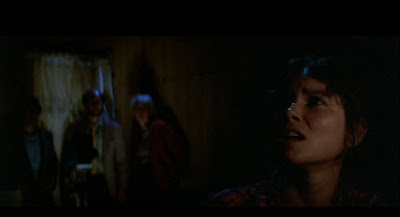 “Seizure“ (1974), the debut of director Oliver Stone, could be described as an early existential horror film. A group of people meet at the country house of a couple, Edmund (Jonathan Frid) and Nicole (Christina Pickles). Edmund, a novelist (described at the end of the film as the American Edgar Allan Poe) is being tormented by nightmares of a midget (Herve Villechazie, of “Fantasy Island” fame), mute strongman and Devil Queen (Martine Beswick). Once the guests arrive, these figments of his imagination come to life, break into the house and force the group to compete in deadly games until only one is left alive. Low budget to the extreme and marred by even worse visual standards (the version I saw was taken from a worn out VHS copy), there is a deviant mean streak to the film. This is the type of film that features wealthy Uncle Charley (Joseph Sirola) playing catch with Edmund’s son and tossing the ball way over his head with a sinister chuckle. That kind of mean. And in that regard, the empty, soulless existence of its party goers is refracted in the vengeance carried out by the three evil beings. Stone, who also helped write the film, seems to be making a case that the unhappiness created by the morbid author has literally come to life to exact retribution. “Seizure” is low on gore and at times a bit confusing, but it’s a horror film with some understated ideas that aim for much higher than its shocker grind house categorization. 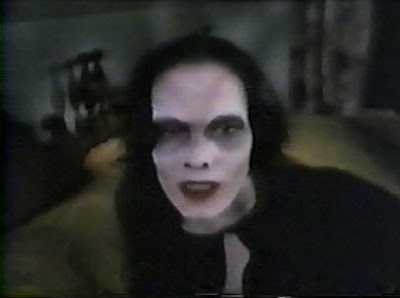 A Nightmare On Elm Street

I completely understand the Hollywood machine’s intention to reformat classic horror thrillers for an updated audience, but Samuel Bayer’s “A Nightmare on Elm Street” just landed with a strong thud for me. The filmmaking is lazy, the thrills are coordinated with no tension and it features the same burned-out-bulb aesthetic that dots the landscape of other Michael Bay produced modern remakes… see “The Texas Chainsaw Massacre”.

Now here’s a nice surprise. Going into cinematographer/director James Roberson’s “Superstition”, I knew little about it. Also known as “The Witch”, this is one creepy, nasty horror film that has no qualms about wiping out everyone, including children. An old house- home to an especially violent exorcism over 300 years ago- continues its spiral of evil today. Left to the local church, a minister (James Houghton) tries to restore it before another minister (Larry Pennel) and his family move in. Needless to say, the witch isn’t happy. Borrowing liberally from “The Exorcist” in a scene that features its own terrifying exorcism and refusing to show the evil witch in full-on glory, “Superstition” generates its thrills through Dario Argento like point of view shots of a blackened, clawed hand that is just as efficient. “Superstition” just may become one of my annual watches. And any horror film that features its first kill as an exploding head in a microwave can’t be all bad.
Posted by Joe Baker