Gaspar Noe's latest is a delirious concoction of New Wave musical and Euro-freak out horror film, fire-branded by his swerving aesthetic and provocative sound design that feels more like an assault than a viewing experience. Broken into three parts- including an opening of each character talking from a television set that serves more as a nerdy namedrop for the influences of Noe via the spines of books and VHS tapes cluttered around the image rather than a proper introduction- "Climax" then morphs into a punishing segment of carefully choreographed dance numbers interrupted by the young dancers' vulgar and misogynistic conversations about their carnal desires.... which serves as an apt reminder that Noe once made a film titled "Carne". From there, the film really goes off the rails as someone spikes the communal punch with LSD and the cloistered dance performers each burrow down their individual holes of tormented hell. Some screw the night away. Others fight. Others wander the neon-lit lodge their locked in like specters haunting the corridors of uninhibited youth, all captured by Noe's now trademark long takes that plunge us in, out, and around the confusion and bad trips. It's an unsettling portrait of modern youth, and one of Noe's best films that continues to pursue his aggressive vision of wasted society.

Anna Fleck and Ryan Boden's "Captain Marvel" looked like the right amount of brazen levity and lighthearted action compared to the brooding populism of other Marvel properties. And it is. Brie Larson and Samuel L. Jackson inhabit their roles with gusto and as an origin story (for not just Larson's Captain character), the film takes some refreshing asides, especially in the cascading/shifting allegiances and plot twists.

Dragged Across Concrete- It doesn't quite earn its expanse run time, but the pulp machinations are brutal.

Ash Is Purest White- Even though Jia Zhangke is repeating himself in theme and form somewhat, it's still a great film about the clash of the personal against the cultural.
Posted by Joe Baker No comments:

Of the half dozen Josef von Sternberg/Marlene Dietrich vehicles I've seen, "Dishonored" is perhaps the least mentioned of their collaborations but the one that feels most honed into the exuberant, twisted path they would travel over the next few years together. Filmed in 1932 (immediately after their breakthrough "The Blue Angel" and the quite mellow "Morocco" both in 1930), it's a film that exists just to see how many lurid poses and buoyant backdrops Dietrich can be placed within. And did I mention it's also a spy thriller? A film of many themes, insinuations, and fait accompli acceptance, "Dishonored" makes the buried sadomasochism of "The Devil Is a Woman" look like child's play for the way Dietrich bends men to her will, even at times of outright war. 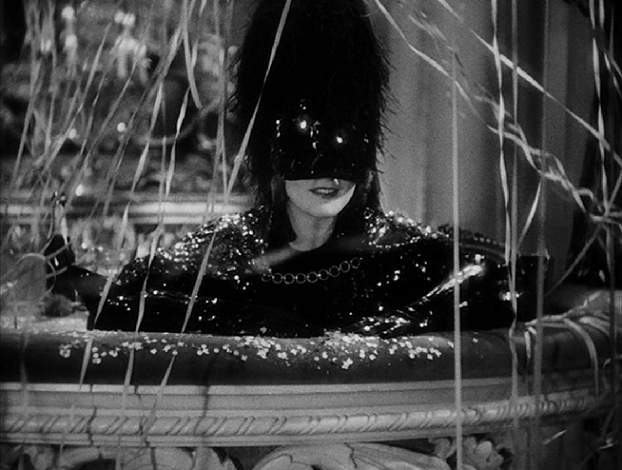 After picking her up on the street as a prostitute, Dietrich becomes X27, a secret agent for the Viennese government trying to ensnare a high ranking officer (Warner Oland) from passing secrets to the Russians. After (somewhat) accomplishing this mission, she's given the task of finding this officer's other informant, played by the staunch-jawed Victor McLaglen. Their relationship becomes a coy, shifting perception of allegiance that finds X27 disguising herself even further and tracking McLaglen to a country estate as the war limps to its finale.

Though the plot machinations are firmly intact, von Sternberg and Dietrich lace "Dishonored" with a positively loopy sense of humor and visual flair. The New Year's Eve party attended by X27 and McLaglen is so cramped with graffiti and streamers (coupled with each of their diabolical costumes that feel like something out of a Kenneth Anger picture of the radical 60's), that the scene threatens to be overrun by the background of pomp and circumstance. It's downright delirious and remains my favorite scene of the von Sternberg canon. And when the film does kick into gear towards the end with sleight-of-hand spy skulduggery and flared-up sexual tension, "Dishonored" becomes just as fascinating for the tempestuous betrayals that lead to a crushing finale.

It's tempting to not judge "Dishonored" on its own, but instead as a cog in the majestic wheel of an actress-and-director spinning a maelstrom of ideas, images and perfected glances outward from a burgeoning Hollywood studio system that wasn't quite sure what it had. They just knew Dietrich sold pictures and von Sternberg was adept at making them. "Dishonored" proves both of these points and then goes beyond to reveal the duo were probably having more fun skewering the genre into their own perverse plaything. Yes, this was 1931, but it feels like 2031.
Posted by Joe Baker No comments: