On First and Lasts

The Texas Rangers did it. Pushing it to five games on an opposing team's home turf isn't the ideal way to pull out a series win, but they did it. I officially have no fingernails left.

But it's all bittersweet. My family and I buried my father this week. Honestly, if the Rangers hadn't won today, I don't know if I could have dealt with everything. No, that's a lie. I could and would. When life throws you a curve ball, things like baseball and movies become menial activities. They help us cope.... take our mind off the loss... allow us to zone out and live in a fictionalized world where we can act like participants and believe we affect the outcome.... but its all nonexistent when someone you love dies. Yet its fitting that the Rangers won today. My dad is the one who transposed his love of baseball onto me and my family. An ardent admirer of the Yankees- and as my mom said tonight, it's going to be hard to root against either team in the ALCS- my father was the one who first put a baseball in my hand, watched me pitch throughout junior high and nervously sulked whenever I pitched in a game. As a kid, growing up in the small town of McGregor about 20 miles south of Waco, the stories from old friends of his are pouring in... describing long days of playing baseball and of the time the Yankees played an exhibition game in that small town in the mid 50's and my dad ran down the street, eventually catching up with the Yankees bus and having them all sign a baseball that sits on my parent's shelf today.

We collected baseball cards together (and he generously bought my entire collection when I was 12 or 13 and felt as if I'd outgrown the hobby, thereby keeping the cards in the family) and purchased cards off Ebay until his death. He was a hoarder... a fervernt list maker (one should see the stacks of notebooks with lists, want lists etc) and a history lover as he earned his bachelor's degree in the subject. He also passed over his love of movies to me. I'll never forget him coming home one day and watching a movie called "Goodfellas". I was 14 at the time and he told me I would appreciate this movie. I watched it, and that's the first movie that I remember recognizing a commanding presence behind the camera, exposing cinema as something more than my repeat viewings of "Pete's Dragon" or "Popeye" could ever reveal. He took me to R rated movies such as "Bull Durham" and "Beverly Hills Cop", understanding and respecting the fact that I understood the difference in artificial realities and the world we lived in. He respected me and I always loved him for that. Even further, I vividly remember the nights we'd saunter up to the church on the hill from our house, having a clear view of a drive-in theater across the highway, watching "Indiana Jones and the Temple of Doom" and trying to recall the dialogue together. It's the small moments such as these that feel so insignificant at the time, but reap huge benefits today.

My father wasn't always the best communicator and he was unconditionally hard on himself mentally for various reasons. My mother said he often commented that he had not been a good father. I would not have wanted any other father. His spirit, his generosity and his respect for intelligence have been so deeply instilled in my brother and I, that his influence is without question. My family will move on... we already miss our father dearly, but it's up to us to lead our lives in his wonderful example. Love ya dad. 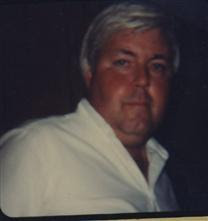 Joseph - sorry to hear this. I wish you and your family the best...

And I hope the Rangers are some comfort. Cliff Lee gives them a pretty good chance...

Joseph, very sorry for your loss. A real nice tribute to him.