Dracula Has Risen From the Grave

The third Dracula incarnation from the Hammer studios and director Terence Fisher is the best. Christopher Lee returns as the master of darkness after skipping the second film, and his presence was highly missed. This time around he seeks revenge on the priest who hung a crucifix on his castle door and ends up terrorizing a young couple. All Hammer films have a distinctive look, but “Dracula Has Risen…” frames the character of Dracula in a beautiful and expressive manner, full of gaudy yellows, bright reds and nauseating greens for full effect. His entrances are especially elegant as well. And just when the wholesome, innocent Maria (Veronica Carlson) arrives, one knows she’ll be a rapt target for Dracula. The sensuality (and even kinkiness) of this Dracula tale is turned up and it all makes for a wonderfully atmospheric experience.

Unfortunately, the film’s opening scene- lighted as if it was Conrad Hall shooting “The Godfather” and timed to the super slow motion images of a group of policemen running into a house and discovering a grisly murder scene- isn’t sustained for the remainder of the film. There’s still much to be appreciated in Denny Harris “Psycho” rip off, though, including Italian scream queen Barbara Steele in a weirdly psychotic role and the director’s love for black glove Argento-style first person death scenes. 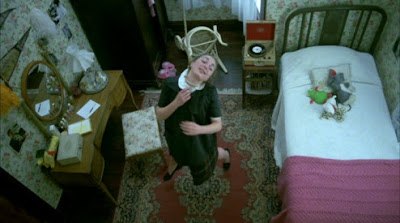 A Day of Judgment

A horror film in the most skeletal of terms, Chris Reynolds early 80’s obscura is more of a religious allegory. A small town in depression era 1920’s is rampant with its townsfolk breaking the commandments. There’s the local clerk having an affair with his boss’s wife, the gas station owner who schemes to put away his mother and father in a retirement home and the local banker who places the almighty dollar above all else. Things are amorally bankrupt until the Grim Reaper comes into town. Obviously wanting to be taken seriously, “A Day of Judgment” drags a bit in places, slowly forming the background of its characters before the Reaper makes his presence known. No amount of imagination is left in the tank, though, when the Reaper does eventually show up. Disguised in very little light, director Reynolds creates an eerie specimen that feels like the forbearer to Freddy Kruger. 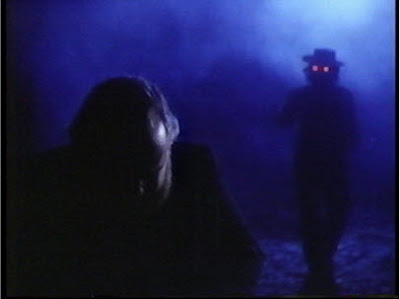 Humanoids From the Deep

From the stable of Corman classics, director Barbara Peeters (that must be a pseudonym, no?) takes a low budget idea and spins an entertaining low budget yarn, complete with dismembered teens and lots of gunfire as large latex-suit fish monsters wreck havoc on a Pacific coastal town. The underlying theme of scientific research gone horribly wrong is glossed over. In the right hands, “Humanoids From the Deep” could have been a terrific eco-thriller, but c’mon, this is 1979 and the film wants to entertain and shock. Newly released on Blu-ray, I suppose the film has its share of supporters.

The House Where Evil Dwells 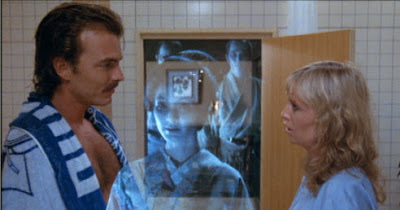