Here we sit at the halfway mark of 2011 and my complaint sounds like that of any other year. The movies are awful! Current mainstream cinema sucks! Where have all the masterpieces gone? And while I don't usually fall into that rhetoric, I am scratching my head at the lackluster amount of movies I've relinquished my time to this year.

51 movies into the year and there stands only one true film I'd call a masterpiece and think to list on any countdown at the end of the year... Jim Mickle's super-indie zombie/vampire film "Stake Land".

There are others that just barely missed the mark (a sturdy three and a half stars on the 'ol Ebert meter): Christopher Smith's atmospheric direct to video "Black Death", James Wan's "Insidious" (just the type of slow-burn horror movie I love before it turns batshit in its final 30 minutes), Takashi Miike's generic but extremely well crafted "13 Assassins" and Michael Winterbottom's "The Trip" which is really nothing more than Steve Coogan and Rob Brydon hamming it up across England.

The auteurs of the world, like Terrence Malick and Robert Redford, produced new works that sparked conversation, but little else. And for someone such as myself that usually prescribes whole heartily to the auteur theory, this was a HUGE disappointment, especially on the Malick-front.

Still, we have the real meat of the year ahead and one can never get depressed about the movies until January rolls around. Regardless, there have been a few enjoyments from the movies this year, so the top 5 performances so far this year: 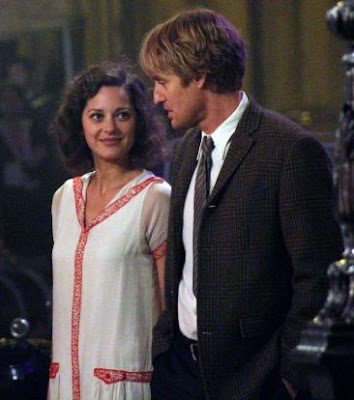 I know the role of a 1930's Parisian party girl seems tailor-made for French actress Cotillard, but damn if she still doesn't take this character in affecting and lovely ways. Her eyes are always so vibrant... her scenes with Owen Wilson deliver a yearning that feels far beyond her years and she doesn't fall into the trap of morphing into one of Woody Allen's "girl on a pedestal" life lessons that have been so prevalent in his films for years. Even though she exists in a rare form of time travel, I was certainly rooting for her and Wilson to end up together. And, "Midnight In Paris" is a refreshing change of pace for a director whose been trying to re-invent himself (unsuccessfully) for a few years now.

4. Emily Blunt in "The Adjustment Bureau" 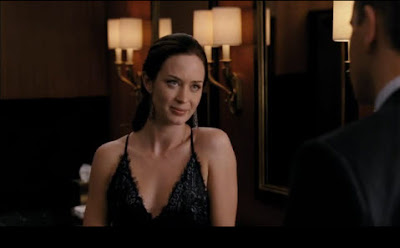 "The Adjustment Bureau" was a very competent Philip K. Dick adaptation, but its the performance of Emily Blunt (who I've been admiring and lusting after for several years now) as the ballet dancer who 'accidentally' bumps into Congressional candidate Matt Damon that really puts a romantic tinge into the cerebral sci-fi stuff. Like Cotillard, Blunt is able to do so much with her eyes, and this performance, as all boundaries of the universe seem intent on keeping her and Damon apart, is a stunner.

3 and 2. Ricardo Darin and Martina Gusman in "Carancho"

Pablo Trapero has the potential to be huge. Like the next Alejandro Gonzales Inarritu huge... if that makes any sense. "Carancho" is an angry, violent film about insurance fraud, budding love and the general state of malaise present in Argentina. Darin and Grusman (who has starred in several Trapero films, notably in his terrific "Lion's Den" as an imprisoned woman) crash into each other figuratively and fall in and out love as Darin plans insurance scams while she works all night first as a paramedic and then in a hospital where fistfights routinely break out because patients housed in the same ER room were fighting before they were admitted. "Carancho" is a bold movie.... and the more I reflect on it the better it becomes. Trapero has serious chops as a filmmaker- just watch the way he deftly handles complicated long takes such as the final shootout or the steamy sexual tension that builds between Grusman and Darin as they dance together. 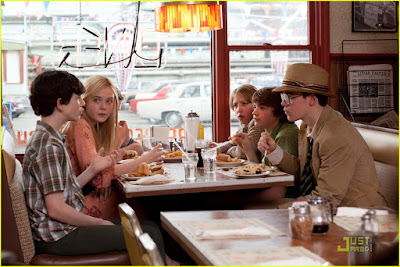 Derivative of much, J.J. Abrams' "Super 8" is still a swiftly moving and fun movie that reminded me strongly of 80's goodies like "The Goonies". But the real emotional thrust of the film- which I won't give away- belongs to Elle Fanning as the sole girl of the all-boys-club up into their necks with an alien invasion. Two scenes in particular: the first her "audition" that outperforms anything the boys could have anticipated and secondly, a very moving monologue where she attempts to apologize for the actions of her father as black and white images from an 8mm camera reflect across her face will be one of the more memorable scenes of this year.
Posted by Joe Baker