Filmmaker Frederick Wiseman is a national landmark amidst the landscape of documentary cinema. So why is it so damn hard to see any of his films? Not known for brevity (a majority of his work runs over 3 hours) or easy subjects (public welfare, a domestic abuse center for women) it's still thrilling to finally receive a small sampling of his work.

Wiseman's penchant for examining various American institutions remained intact from the very beginning in 1967 when he filmed "Titicut Follies" in a Massachusetts state hospital for the criminally insane. It's one of the more transcendent cinema moments where art actually explores reality and changes something. After the buzz from this film and its black and white images of standards instead the facility, "Titicut Follies" was banned but not before it cast a questionable eye on the politics of the state's treatment of its prisoners. Still, one has to wonder who failed to check the negatives before allowing Wiseman and his crew to exit the property. Shown in unflinchingly clinical images are the force feeding of one inmate, hordes of men standing around naked or in feces filled cells, and one seemingly lucid man pleading his case before a board of doctors who seem more interested in keeping their cigarettes lit than actually listening to some of his ideas on incarceration. Granted, these are still "criminally insane" men who committed violent acts, but the idea of such squalid conditions and primitive lack of psychological treatment make one wonder about the living conditions of "normal" inmates who committed the same crimes. These are the types of ideas that vault through one's mind while watching a Wiseman documentary. He allows the images to do the talking, without narration or contextual supposition. Michael Moore, take note. 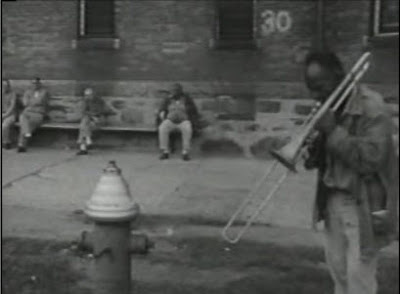 "Model", Wiseman's 1980 film about the vagaries of the modeling industry in New York, sounded like the most uninspiring entry of the three titles here, yet I came away with a somewhat profound affection for this facade of beauty. Never boring and ultimately propelled through fashion shoots and television commercial sessions that become more and more abstract (from breezy shoots in an apartment or outdoors to a black and white shadow shoot that's selling.... something), "Model" explores the tireless details of every action. How many times must a director shoot a model's leg before they reach the perfect take? Watch how one actress, charged with the seemingly easy job of running down the steps and looking left, becomes an (edited) 30minute ordeal of subtle adjustments and nth degree facial turns that doesn't wrap for days. I became exhausted just watching it all. 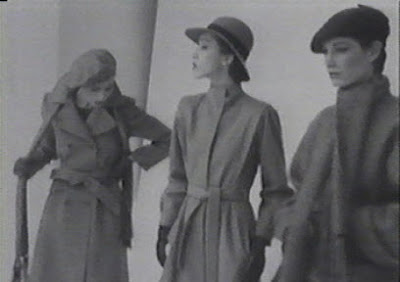 Yet, the real coup of Wiseman's film is celebrating the ones that don't make it. Centered around one modeling agency in New York, Wiseman is allowed into the interview room for several talent scouts who talk to wanna-be models, peruse through their portfolios and find increasingly nice ways to say "you're not pretty enough" or "you just don't have IT". For a film that trades in beauty, Wiseman slyly inserts some ugliness. 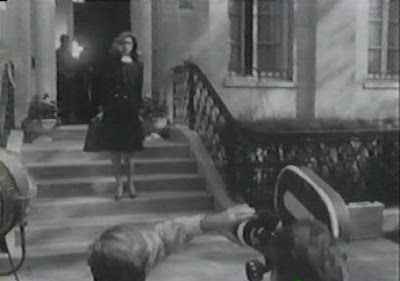 Even with the deplorable setting of "Titicut Follies", the toughest to watch was "Hospital". Released in 1971, Wiseman was given access to the emergency rooms and corridors of a hospital in New York during the overnight hours. Glimpses of the horror are there- a man who almost overdoses on drugs and is then put into his own private holding cell where he rants, vomits, rants some more, vomits more.... then accepts that he probably needs to head back home to his family and get some help. But with Wiseman's other works, "Hospital" is a multi-faceted portrait of an institution and the people who, for better or worse, runs things. The doctors and nurses in "Hospital" seem genuinely impacted by their patients and strive for the best in their well being. One scene has a doctor calling the administration of another hospital whose patient they just received, upset and filing a complaint for that previous doctor's failure to recognize certain symptoms before transport. After seemingly receiving no sympathy or understanding from the person on the other end of the line, the doctor hangs up the phone, Wiseman's camera capturing a moment of frailty and despair in the doctor as he rubs his eyebrows. It's a small moment, yes, but one befitting the gracious patience of Wiseman to never lose sight of our emotional bearings within these mammoth institutions. He is documenting people and life after all.
Posted by Joe Baker