Apocalypse films have an inherent attitude and tone. But when it comes from Russia, the apocalypse film is especially cerebral. This is certainly the case with Konstantin Lopushanshky's "Letters From A Dead Man", the type of film that seems to have borrowed Tarkovsky's visual scheme and Nabokov's ideas. Filmed in a yellow-tinged sepia tone, "Letters From A Dead Man" is oppressive in every way possible... and I mean that in the best sense of the word. 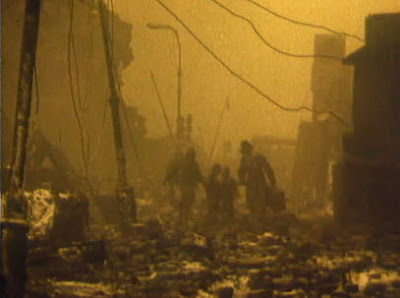 Released in 1985, "Letters From A Dead Man" gains its title from the lonely voiceover given by the film's main character, a professor forced to live underground with a handful of others in the cellars beneath their city. Death hangs over every corner. Suicides are rampant and the professor has to watch his wife slowly wither away and die. People can go outside, but only in haz mat suits and they're subject to curfew laws. Yet "Letters From A Dead Man" is lightyears away from other post apocalypse films. There's no violence from bands of roving gangs. Lopushanshky's goal is more intelligent, revealing a post-world tied up in confused bearuracracy as the remaining government apparatus is forcing every healthy individual into the main underground living quarters. Only those with "passes" may enter. The professor discovers a make-shift orphanage with seven unhealthy children, and "Letters From A Dead Man" quietly shifts from pessimistic survival mode to obliquely moving in the final moments. 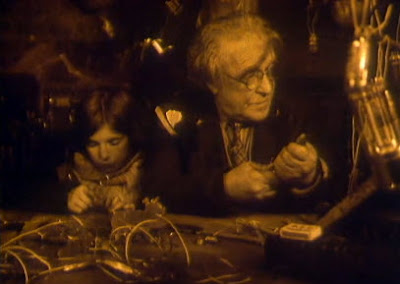 Owing a huge debt to Tarkovsky's "Stalker", Lopushanshky still manages to create a unique universe. Ideas about the place of literature and religion are the main topics of conversation. And the slow monologue that details the accidental destruction of the world is both chilling in its reality and depressing that it could happen so easily. "Letters From A Dead Man" is not an easy sit, but if one is looking for a varied alternative to other apocalypse films, this is it.
Posted by Joe Baker