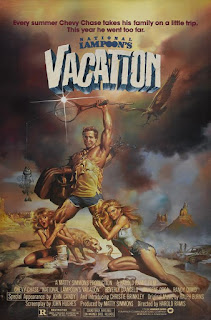 1. National Lampoons Vacation- As Clark Griswald, Chevy Chase is probably the most fantastically realized father in film history. Full of child-like wonder and unstoppable drive for his family to simply have fun, Chase also portrays him as a well-meaning (yet bumbling) person who exudes goodness. In "National Lampoons Vacation", it all started. The nightmare of cross-country travel... the resonantly funny situations... and the American summer vacation dream that ends with a felony. The laughs only continued to grow in the Griswald's travels to Europe and then maneuvering through the holidays- and I won't mention Vegas, which is painful- and Chevy Chase embodies middle class fatherhood with glee each time. 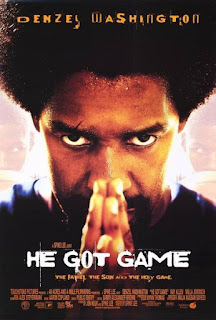 2. He got Game- Certainly, a more screwed up look at fatherhood then the previous entry, but Spike Lee's pseudo basketball movie is also an extraordinarily moving examination of the walls that build up between father and son. Ray Allen has been maligned for his poor performance here, but I found his un-actorly methods quite refreshing. As a jailbird father released in the hopes of getting his top prospect son to sign with the warden's Alma Mata, Denzel Washington hams it up a bit, yet the final showdown between father and son on the basketball court is one of Spike Lee's most inventive narrative devices- a basketball game that reverberates with moral and cosmic weight. It's a masterstroke. Then comes the moment when a basketball seems to explode through time and space. The tenuous bonds between father and son have never seemed so palpable.

3. The Adventures of Sebastian Cole- Here's a different type of relationship between father and son... and a wonderfully overlooked late 90's film that deserves to be seen. Directed by Tod Williams ("The Door In the Floor") and starring a young Adrian Grenier, the film takes place in the late 80's and perfectly nails its time and place. Confused, dealing with young love, and some unique family circumstances, "The Adventures of Sebastain Cole" belongs among the ranks of "Kicking and Screaming", "Adventureland" and "The Beautiful Girls"... films that place young adults amidst the very definitive points in their lives and treats them with respect. As Sebastian's father, actor-director Clark Gregg plays out his unique role with satisfying humanity. What could've been a soap opera trick propels young Sebastian into a well-adjusted adult ready to face the tumultuous world. 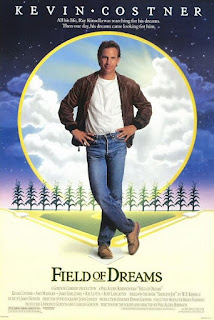 4. Field of Dreams- C'mon. Seriously. If you don't choke up a little bit when Costner asks his father "you wanna play catch?" then you don't have a heart. Or love baseball to its core. Or you never spent an afternoon playing catch when you were a kid. Though it takes its solemn time actually getting to that point, Alden's monumental baseball reverie is really about a son making amends with his father. Stunningly simple filmmaking with real heart. No matter how many times I watch this thing, I still find that lump in my throat growing the second Burt Lancaster steps up to save Costner's choking daughter. 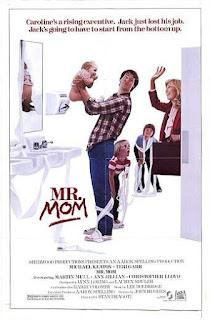 5. Mr. Mom- Remember when Michael Keaton could do no wrong? I LOVED this movie when I was younger and it still gets me today. Sure, the whole thing has been derided for its sitcom style comedy, but Keaton jumps into every scene with such enthusiasm and the idea of a father learning to understand the day-to-day rhythms of his household really work.
Posted by Joe Baker

Good list. I still contend that Michael Keaton was the best Batman of them all (yes, even Christian Bale).

Haven't seen either in ages, but I seem to remember preferring Vegas Vacation to European. I think Dana Hill just threw me a bit as Audrey...

You've convinced me to add "The Adventures Of Sebastian Cole" to my ever expanding must-see list, but I found your choices of comparison interesting - I loved "Adventureland", liked "Kicking And Screaming" and hated "Beautiful Girls". Again, I haven't seen "Beautiful Girls" in quite some time, but I remember despising all the male characters. Whereas in Adventureland, I liked them all - could relate more and would be happy to hang with them. Of course that's not reason enough to hate or love a film, but I guess you can't help it sometimes...

It's not worth the energy to put up spam blockers. Oh well.

About my comparison of Sebastian Cole to the other movies... each one of those films feels like a bit of me. Whether its a scene, the time and place, the awkward conversations which have appeared almost exactly like conversations I've had with friends.... they all really hit home for me.

Hi Everybody, i would just like to make an intro to everyone at itsamadmadblog2.blogspot.com

Your forum is brilliant! Generally when I visit forums, I just come across crap, but this time I was very surprised, finding a helpful forum containing fantastic information.

Thanks yall at itsamadmadblog2.blogspot.com and keep the sensational effort up!