Ti West’s “House of the Devil” is a definite step up from his previous genre riffs, “The Roost” and “Triggerman”. Shrouded in a great 80’s funk (with the tone set immediately by the big yellow block credits and a Cars-like knock off tune), it tells the story of a broke college student (Jocelin Donahue) who takes on more than she can handle when she accepts a baby sitting gig at a cavernous house in the country. Populated with distinctive and eerie faces such as Tom Noonan and Mary Woronov as the house’s owners, the film builds slowly. The first 2/3 is all atmosphere, mood and formalism as West sets up the exploration of the house with carefully framed static shots and slow, portentous zooms. Then the last part accelerates into a frenetic, freaky ride with some terrific shock cuts. It’s ideas are a bit derivative, but “House of the Devil” remains a strong genre effort that deserves a large midnight audience. 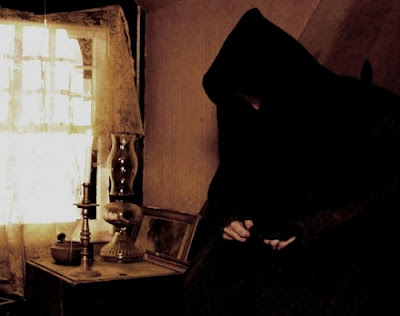 So apparently I’m one of the many who fell for this misrepresented movie. Made for Italian TV by “Demons” director Lamberto Bava, money-grubbing producers only added the “Demons 3” part to suck in any fans of that great series of horror flicks. Instead, we get a guy in a rubber suit dressed up as an ogre (and who seems to originate from a colorful plasma pouch hanging from the ceiling of a castle basement) scaring the daylights out of a woman and her family. There is some good atmosphere, but overall the film plods along with very few scares and even less gore. The enjoyable parts? The way the film changes from night to day with little sense of time (like all good Italian horror films do!) and the orgasmic screams of its female lead whenever she’s in trouble. That’s about all I can say for this one.

Michael Doughtery’s gestating-long-on-the-shelf anthology horror film is wild, energetic, gory and completely engrossing. Taking place over one Halloween night in small town Ohio, “Trick R Treat” has a deceptively simple throwback feel to it as it weaves together such disparate characters as a serial killer, ghost children, cranky old men, vampires and a demonic little thing with a pumpkin bag over its head. It does delve into its fair share of nastiness, but overall, “Trick R Treat” smartly juggles its zig-zagging story lines with humor and surprising outcomes. If nothing else, one can tell that Doughtery loves and respects horror movies.

Another take on the demonic house genre, “Burnt Offerings” deserves little mention in this genre other than that. I suppose part of the fun in watching horror movies this time of year is discovering the great ones, and suffering through many of the bad ones. Oliver Reed and Karen Black play the couple who rent an old, spacious house for the summer and struggle as the house slowly invades their dreams and behavior. The house makes Black dress up in 1860’s style clothing and drives Reed to continually work on the lawn and pool, apparently. Filmed and released in the late 70’s, it definitely serves as a relic of its time…. soft lenses and all. At times, I thought I was watching one of those 70’s Emmanuela films. Skip this one. 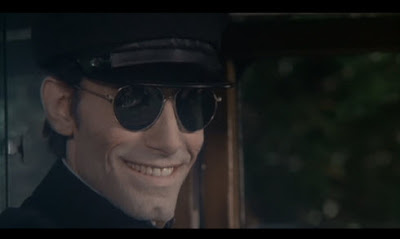 Ok… more of a sci-fi film than an outright horror, but Jack Sholder’s 80’s cult item is still an entertaining ride. Fresh off his stint on “Blue Velvet”, Kyle McLaughlin remains in catatonic weird mode as an FBI agent joining forces with an LAPD office (Michael Nouri) to track a parasite that takes over ordinary people’s bodies and turns them into heavy metal listening, fast car driving killers. A dash of Cronenberg here and William Friedkin there, “The Hidden” is probably best viewed after a couple of drinks. Worth it just to watch how the parasite travels from human being to human being, though.

The psychological plight of new mothers has been a prevalant- and particularly nasty-theme for several years now and Paul Solet's "Grace" adds a new dimension to the genre. It would make a nice double bill with Julien Maury and Alexandre Bustillo's splatterfest masterpiece "Inside". As the mother to new baby Grace, Jordan Ladd locks herself away in her house and discovers her daughter isn't quite right. We discern that pretty quickly when the baby is pronounced dead in the womb after the effects of a violent car accident, but is born alive. Solet doles out information slowly, keeping the bloody actions just below the camera lens which serves to heighten the questions we develop about the mother. Is she imagining it all? How does the 'new age' aspect tie into the story? Solet does answer the questions and even leaves the possibility open to a sequel.