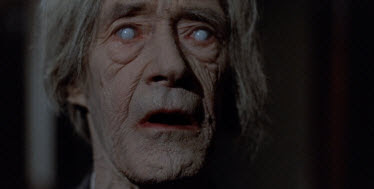 Michael Winner's 1977 horror film "The Sentinel" is all kinds of crazy good. Going back and reading some of the reviews floating around for this film about a woman who moves into an apartment building that exists as a gateway to hell, and one doesn't find much love for it. Sure, it's a bit campy at times- such as when Burgess Meredith shows up holding a cat and a parakeet on his shoulder- but the film does a good job of maintaining an eerie tone throughout. And when the finale does intensify and the grotesque denizens of hell are unleashed, "The Sentinel" becomes genuinely disturbing. 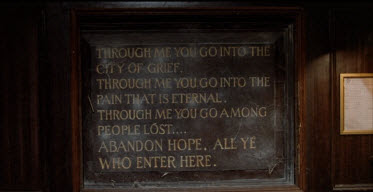 Besides a very delectable Cristina Raines as the lead character who thinks she's going insane, "The Sentinel" is definitely one of the most star populated horror films of the 70's, even if a few of them were yet to be known. Burhess Meredith, Arthur Kennedy, Chris Sarandon, Jerry Orbach, Eli Wallach, Christopher Walken, Jeff Goldblum, Martin Balsam, Ava Gardner, John Carradine and Beverly D'Angelo (in a very surreal turn) all turn up as people mixed up in the eternal struggle to keep hell from making New York its stomping ground. And no matter if you're prepared for it or not, the scene where Raines ventures upstairs and a white figure darts in front of her is continually discomforting. 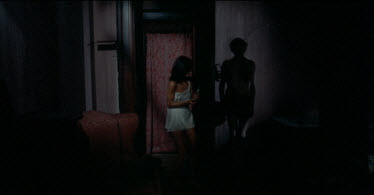