During one scene of Frederick Wiseman's 1974 marathon documentary, "Welfare", a man who has come down to the aforementioned New York City public office is shooed away by some type of manager (and a manager who seemingly does this to everyone who dares venture into his office) and then spends the next five minutes, uninterrupted, talking to himself in the corridors. Part homily for himself to God and part soliloquy on his financial misfortunes, Wiseman shrewdly ends on this man, capping a four hour document of someplace pretty close to bureaucratic Hell with a capital "H". And the message is clear... this man is probably better off talking to himself rather than anyone at the welfare office. 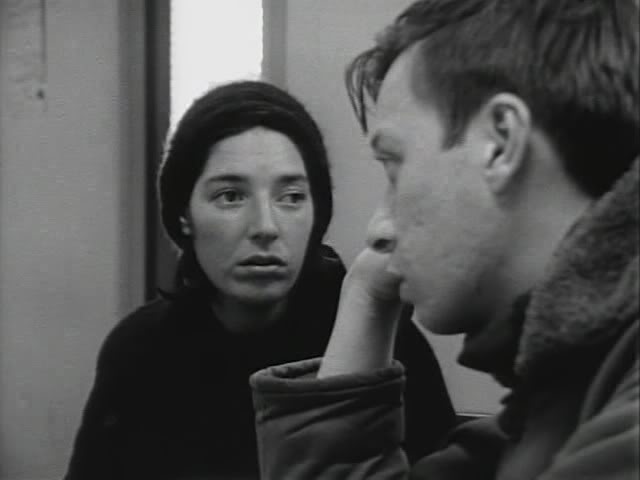 Yet, in between agonizing, frustrating moments such as these, "Welfare" also spotlights the actions of other office workers, desperately trying to understand their own internal politics of the various case files that appear before them or actually go above and beyond and walk upstairs to ascertain resolutions. It's amazing the feelings that ebb and swell while watching "Welfare". One moment, I'm saying to myself, "jeez if you'd get off the drugs and do something productive with your life...." and the next I'm yelling at the screen while an especially moody office worker basically throws her arms up and walks away from trying to find a solution, blinded by her own hierarchical stubbornness. Not many documentaries stir up the juices like that. And if that's not enough, Wiseman captures those marginal figures we expect to be floating around the welfare office. The hotheads, the loonies (in one man who lays out his especially racial attitude to an African-American police officer), the drug addicts. And this is 1974. Imagine this office today.

Like all of Wiseman's work, the film is a testament to an institution, warts and all...good and bad.. and one that not only sheds light on an especially laborious aspect of our society, but creates a crescendo of voices, faces and reactions that can never be manufactured. If anything, that's the magic of Wiseman's cinema.