Cinema Obscura: The Vampire of Dusseldorf 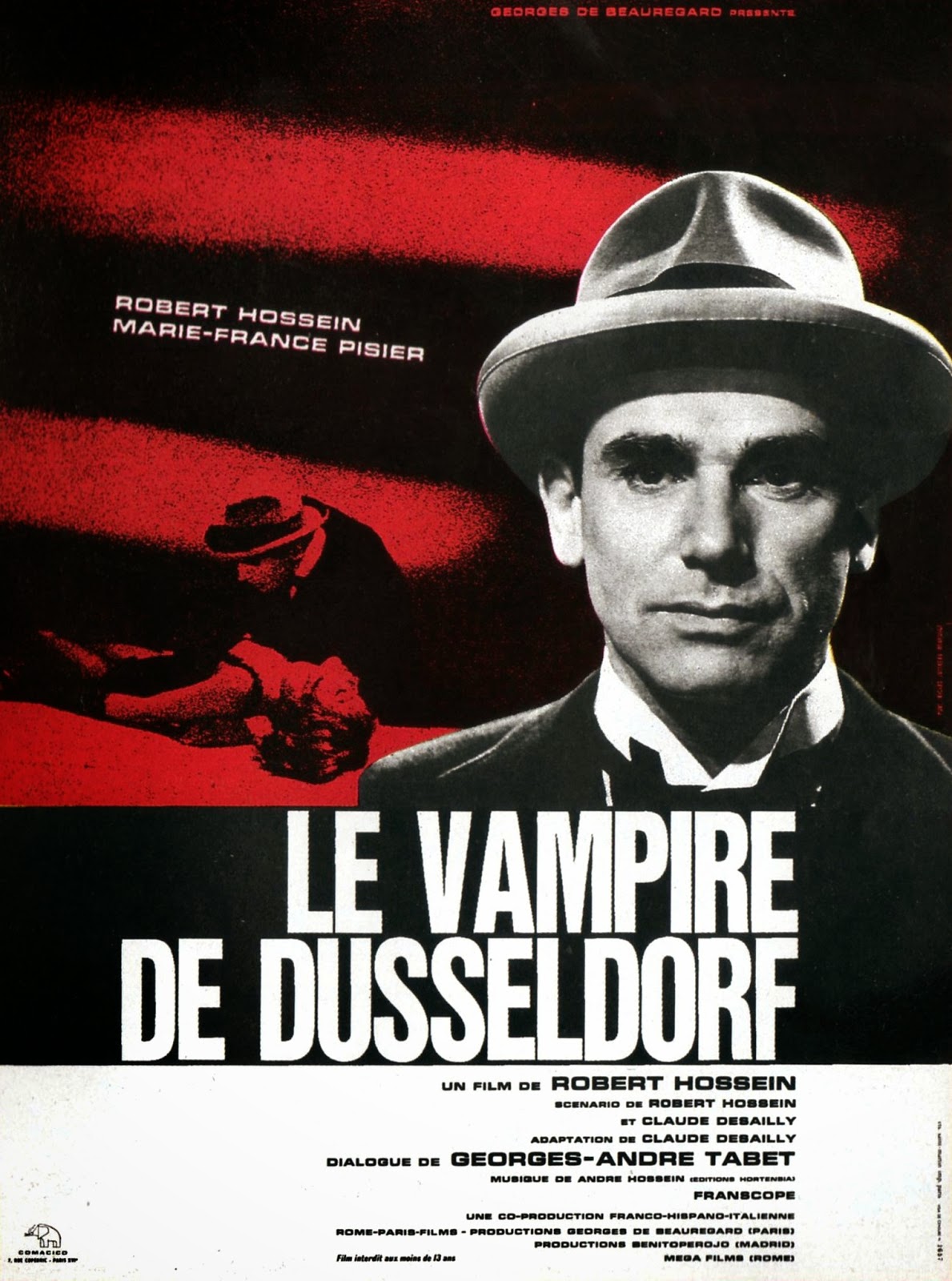 Robert Hossein's "The Vampire of Dusseldorf" (aka "The Secret Killer") immediately places the viewer into an unrestrained cycle of violence and confusion. Yet it's not at the hands of the aforementioned serial killer, but in the black and white newsreels of the simmering violence overtaking Germany in the 1920's. Nazi Germany is boiling to the top of society, Jewish busineses are being ransacked and Peter Kurten, played by director Hossein, seems to emerge from the ashes. Like other films to concentrate on serial killers in Germany (such as Fritz Lang's "M", which is loosely based on Kurten and Robert Siodmak's "The Devil Strikes At Night"), the political upheaval of the time runs simultaneous to the random murders being unleashed by a demented killer. Society is basically giving permission to kill. And this is the jumping off point for Hossein, blending his affinity for film noir with a twisted obsessive romance that sees his character want to fall in love, yet hopelessly bound by the evil impusles rooted deep inside.

Alternating between the murderous nights of Kurten and the (somewhat) inept practices of the SS police force trying to capture him, "The Vampire of Dusseldorf" is most effective in the performance of Hossein himself. He embodies Kurten (unnamed in the film) with near silence, barely talking throughout the entire movie and walking with a hunched, reserved manner with arms pinned quietly at his side. Method acting, to be sure, but he also films the various murders of the women with unflinching blandness. At one point, everything is normal until he sees the legs of the woman he's courting, and the impulse to kill overtakes him. In other scenes, the way he stalks his prey....filmed by Hossein in one of his fvaorite techniques of the long, walking tracking shot.....is all atmosphere and sound. The sound of footsteps on pavement and the staggered breathing of his prey fill the soundtrack with dread. Hossein also has a way of framing just right, such as the scene where Kurten observes a police officer standing post outside the home of a victim who got away from him. From behind a latice fence across the street, Hossein builds suspense from the POV of Kurten and just how he'll find a way past the policeman. It's only in the respite of the El Dorado Club where singer/dance Anna (Marie-France Pisier) peforms that Kurten finds peace. He eventually wins her over, but will his dark side destroy the small amount of happiness she provides him?

One of the 15 films directed by popular French actor Hossein (and so hard to find any of them!), "The Vampire of Dusseldorf" shows his immense and under appreciated talent.
﻿
Posted by Joe Baker