For my money, Ray’s first legitimate masterpiece. Again starring Robert Ryan, “On Dangerous Ground” breathlessly swerves between two genres of film, beginning as a prototypical film noir (complete with rain soaked streets and a darkness that never seems to end) and ending up as a psychological chase film among the snow covered hills of northern California. Sent to work on an out-of-town case after his frenzied, violent assault on several possible criminals, Ryan is terrific as the loose canon cop who finds some solace and self-restraint in the wilderness when he meets blind woman Ida Lupino during a chase for someone who killed a young girl. A single viewing is not enough to tabulate all the swirling undercurrents of psychology here, and Ray’s direction is taut, focused and magisterial. Several images, of two men hunting another across a snow-swept mountain terrain at dusk, are stellar and establish Ray as the premier visualist of the 50’s, both in outward narrative and interior monologue. 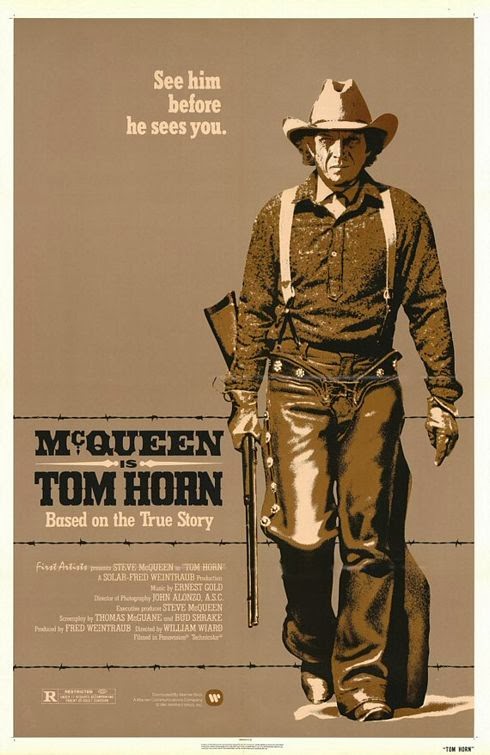 The next to last film actor Steve McQueen would participate in (the still unseen "The Hunter" would be the last), this introspective western is simply stunning. As the legendary titular character Tom Horn who's hired to clean up a turf war in 1890's Montana and then betrayed by his employers and sentenced to murder, one can feel the mortality oozing off the screen from McQueen. Ok, perhaps that's an overstatement, but "Tom Horn" is still a moving example of the emotions we as an audience project onto the screen. Bloody in all the right places- look how he dispatches the bad guys!- and quiet in the final third as McQueen's gruff cowboy silently accepts his fate, "Tom Horn" is an under seen classic.

As we were just beginning to see in the New Taiwanese Cinema, children were often the focal point. While “A Summer At Grandpa’s” is one of the few films by Hsiao-Hsien to place children at the center of his universe, its effect is no less moving. While their mother recuperates from an illness, a young boy and girl are sent to the countryside to live with their grandparents. Once there, they become innocent observers to the harsh realities of life, including illicit pregnancies, local hoods causing trouble and the imprecise vagaries of love. What makes “A Summer At Grandpa’s” so moving- and Hsiao Hsien’s first great film- is its simple dedication to the natural aspects of life. A young girl stuck on a train track rescued by the local ’madwoman’… or the way life seems to bleed from one day to the next… all of this is handled with such delicacy. If any early film of Hou deserves a mainstream release, this is it. 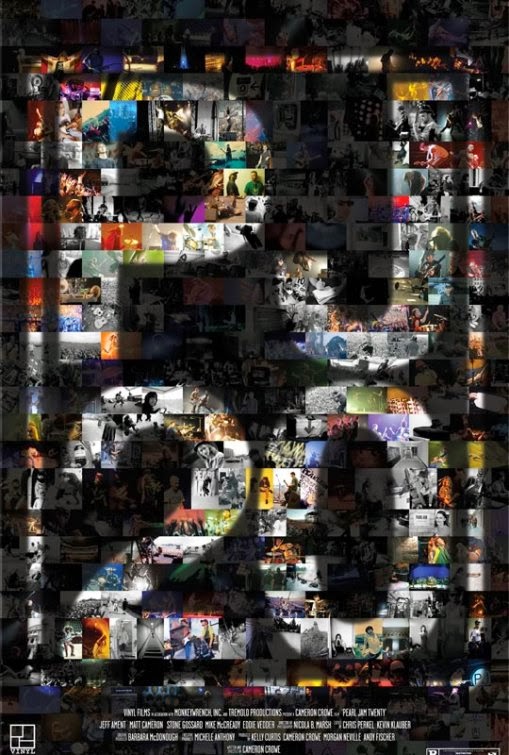 No idea why it took me this long to see Cameron Crowe's documentary about my second favorite band of all time! Crowe keeps his egotistical misty-eyedness to a minimum here, and I actually even learned something about the band. Full of great video clips and weaving a compelling story that pits Pearl Jam like a modern day Rolling Stones (complete with concert killings), "Pearl Jam Twenty" is a must for fans of the Seattle scene. And the moment that Eddie Vedder begins singing "Better Man" in concert, then the crowd takes over, and he leans back and just raises his arms in complete harmony is just a tender, magical moment that speaks volumes about the band and their following. 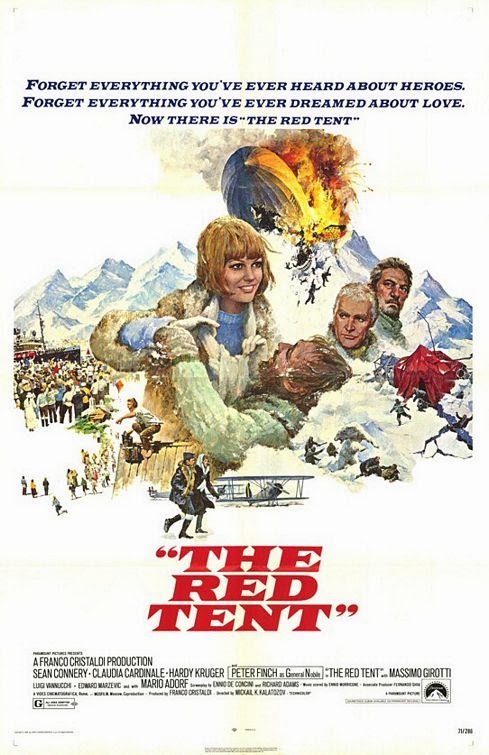 Not only does this feature an amazing, highly evocative score from Ennio Morricone (and probably one of his most underrated), but it's one of those lightning bolt revelations of a film.... what is this thing and why have I never heard of it before?? A survivalist drama, it stars Peter Finch as the commander of the real life doomed 1928 dirigible exploration trip to the North Pole and his crew's fight for life on the ice. Also starring Sean Connery as Road Amundsen, who joins the search for his arctic explorer friend and Claudia Cardinale as the love interest of one of the men on board the flight, "The Red Tent" is certainly a mainstream film in casting but a completely international effort. Directed by Mikhail Kalatazov, it follows suit in the Russian vein of film making and feels very art house, including the USSR's love of fish eye lenses, frenetic handheld camerawork and that inherent "madness" that seems to infuse the films of Zulawski and others from this time. And technical merits aside, "The Red Tent" is just a brutal, harsh and enveloping experience. Rent it now! 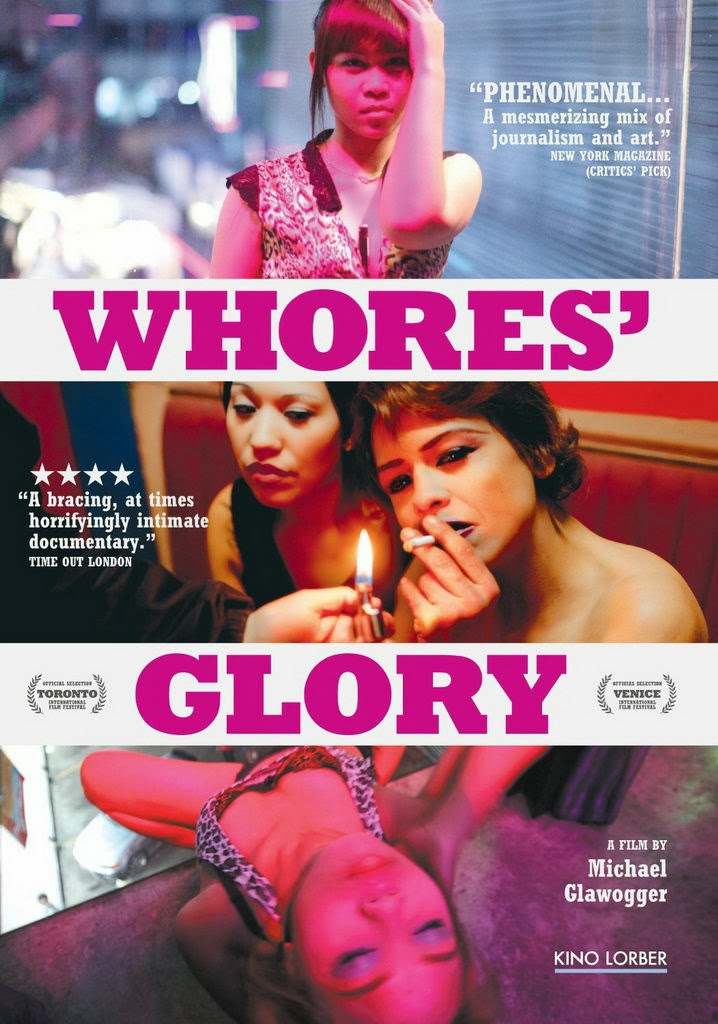 Simply tremendous documentary by critic's darling Michael Glawogger examining the daily rituals of women in three brothels located in Thailand, India and Mexico. Once one gets past the salacious and frank material, what emerges is a terrifying portrait of the way men sublimate women and the hopeless cycles they endure with each other. The moment one Indian prostitute goes from simply explaining her role to the sobbing rhetoric of "there must be another way to live", "Whores Glory" transcends its unwavering, patient documentarian eye into something more poetic. 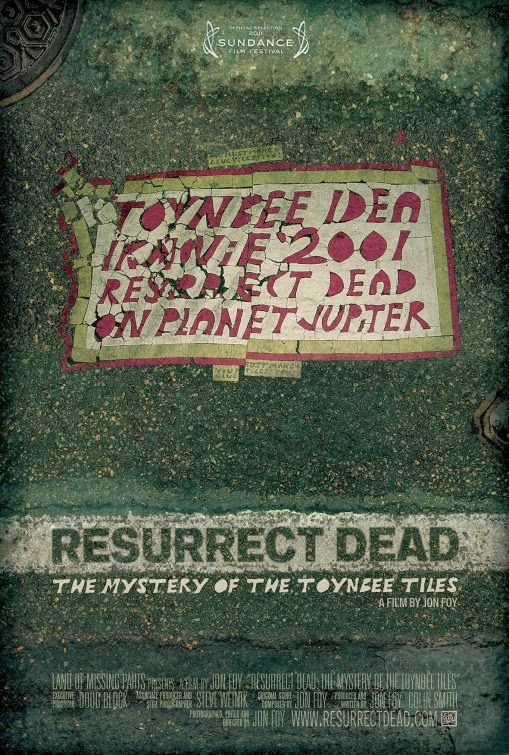 Utterly fascinating documentary about this urban mystery. Like a great mystery novel, this documentary doggedly pursues all aspects of it, raises some debatable suspects and sheds light on the unmistakable possibilities that exist in the obsessive human mind when we latch onto something so strongly. There's some discussion on whether this whole film is made up or not, and it only reinforces the rabbit holes of the mystery. Just great stuff.

3. The Perks of Being a Wallflower (2012), director Stephen Chbosky 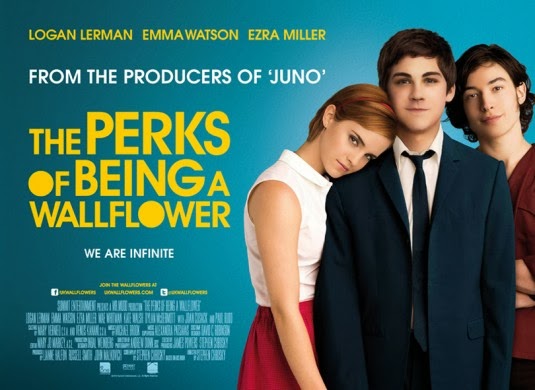 Missed this film by a year, as it surely would have made my list last year. From the achingly good performances by its young stars, to its melancholy soundtrack and especially its dead-on representation of young-life-lived, "The Perks of Being A Wallflower" has amassed a small cult following. 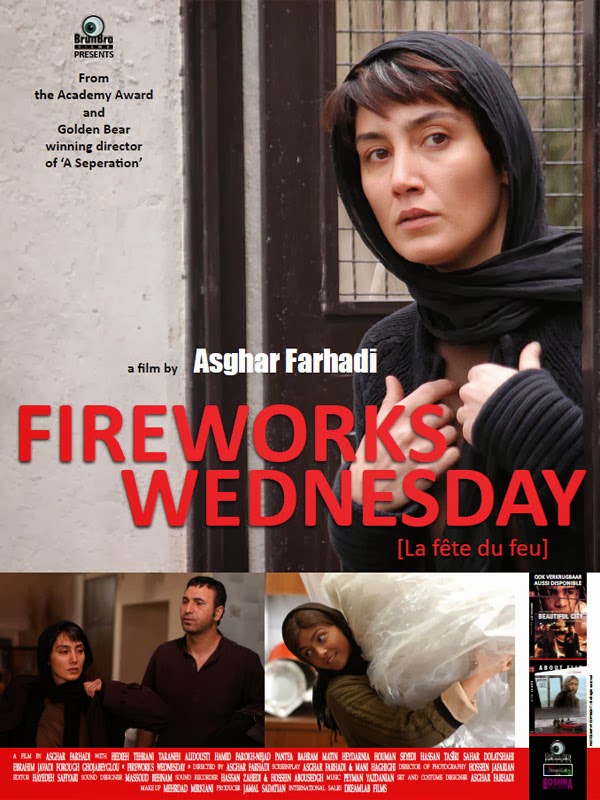 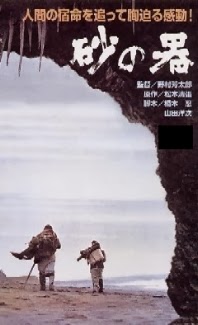 Finding a new auteur is always fun. Yoshitaro Nomura's 1974 police procedural "The Castle of Sand" is an intensely microscopic view about the search for a killer where dead ends become routine and several narrative strands are shown in unison. Like the best procedurals, including "Zodiac", "Memories of Murder" and "The Day of the Jackal", "The Castle of Sand" examines the doggedness of several people to bring justice against a heinous act. And by mentioning those three illustrious films, I hold that Nomura'a film belongs alongside them. This is the landmark new-old film of the year for me.

It was readily available to rent or stream on Netfix recently.