Cinema Obscura: Spotlight On A Murderer

Filmmaker Georges Franju is an interesting case in the French film industry and a genuine paradox. Even though he was making films and short documentaries from 1949 until the mid 70's, he was never readily lumped together with the young nouvelle vague compatriots of the time like Godard, Truffuat and Malle. Although his 1959 film "Eyes Without A Face" is routinely regarded as a classic and poetic art horror film, the remainder of his output is surprisingly muted in conversation. And while Franju's name is often muttered alongside Hitchcock as a true master of cinematic mise-en-scene suspense, his name is rarely brought up in conversations today. And as one of the founding fathers of the Cinematheque Francais in Paris, his legacy should be an enduring one.

Having said all that, it'd be hard to suppose evidence in favor of Franju's cinematic brilliance because (as usual) so much of his work is not available on these shores. But, that has yet to stop me from diving into an artist's canon. "Spotlight On A Murderer" (1961)- the film released shortly after his international and critical success with "Eyes Without A Face"- is a nervy whodunit played out against a spacious castle as members of a family are murdered one by one as they await the outcome of their upcoming inheritance. In the meantime, the family is preparing the castle for its 100 year anniversary, wiring the whole estate with loudspeakers, spotlights and motion detectors which only serve to heighten the already theatrical attitude of the whole film. Filmed and delivered with a cool detachment, "Spotlight On A Murderer" features some truly memorable moments including one scene where the family observe someone going through the motion-sensor rooms while everyone is accounted for and the suicide of one character at such a grand moment as visitors watch and listen to an age old story of murder of suicide. If nothing else, Franju's "Spotlight On A Murderer" is devilishly self effacing. 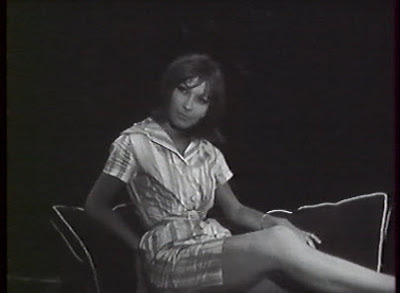 Starring a very young Jean Louis Trintignant, the film denies the audience any real emotional attachment to any of the characters. In typical French fashion, Trintignant smokes alot of cigarettes, seems unfazed by the symphony of murders and runs to his girlfriend-in-tow at night away from the castle to tell her stories and look cool. Bottom line, "Spotlight On A Murderer" is a technical affair. Franju uses his men and women as tense canon fodder, showing more sensitivity and flair for the technical side of things (audio, camera pans and dreamy dissolves) than anything else. Then again, the family are nothing more than vultures themselves, awaiting an inheritance payoff that is snidely left out of their grasp for five years because the body of their deceased uncle cannot be found- a character whose fate we're in on the joke during the very first scene. Furthermore, each character is defined by a base impulse- Jeanne and her husband Andre are the catalyst for a murder-suicide. Cousin Edwige (Marianne Koch) throws herself at a stableboy and is flatly rejected. Casually reminded of a comedy film years later with the same ideas in "Clue", "Spotlight On A Murderer" is just as caustic a look at human greed without the broad comedy routine. It's just the way I like my atmospheric murder mysteries- clinical, technically polished and with just a hint of moral philosophizing. 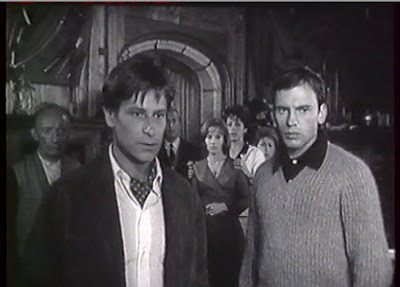