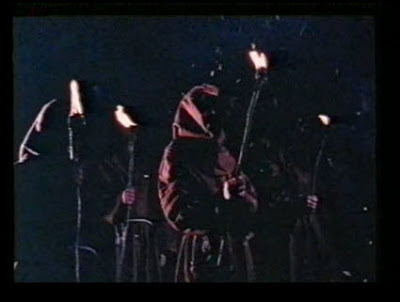 Enter the Devil- Aka “Disciples of Death”, “Enter the Devil” is a unique horror/western filmed in the Texas/New Mexico foothills. Barely released in 1972 and relegated to the drive-in circuit, “Enter the Devil” wears its shaggy, amateurish label on its sleeve proudly. Content to break some rules of narrative film making (such as the shifting idea of who exactly will be the hero/protagonist in the story), the film tells of a professor (Irene Kelly) and the local deputy sheriff who hole up in a desert inn and try to track down the source of a string of disappearances. Little do they know, an ancient Satanic cult is using the dilapidated mines nearby for their ritualistic sacrifices. Virtually devoid of scares, “Enter the Devil” is a minor footnote in Texas film making, largely thanks to the contribution of director Frank Q. Dobbs who would go onto a major career in television through mini-series such as “Streets of Laredo” and “Johnson County War”. Of little note- apparently this film has had no official home video release in the United States. The copy I managed to track own was taken from a Dutch VHS source. It was quite fun to see Texas slang translated into that language!

Penumbra- Director Adrian Bogliano received strong word of mouth here in Austin earlier this month at Fantastic Fest with his film “Here Comes the Devil”. “Penumbra”, released last year, also shows strong promise as a horror filmmaker. While initially taking its time to set up the gory final act, parts of “Penumbra” do play out like bad Mexican daytime television. Marga (Cristina Brondo) is trying to sell a loft apartment of hers and meets the prospective buyer there. Slowly, more and more of his friends show up at the apartment with devious things on their mind. Confounding the eerie presence of these visitors is the speculation of a total solar eclipse. As Marga, Brondo establishes an insufferable bitch… one that at times we root against as she gets into scrapes with homeless people and spends the first 45 minutes on her cellphone berating co-workers and decrying the fact she to spend time in a shitty place like Buenos Aries. But when the scenario turns bloody and terrifying, writer/director Bogliano manages to incur some sympathy for her only because the unwarranted visitors maintain a nasty agenda. As a midnight cult film, “Penumbra” more than stands the test. 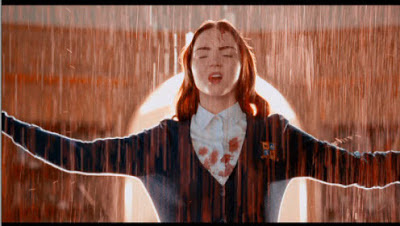 The Moth Diaries- Ahh, the all girl school is just ripe material for psychological tales of mixed up sexuality and emotional confrontations. Lucile Hadzihalilovic's "Innocence" is probably the most harrowing (and just plain creepy) version of this story in the past few years, but Mary Harron's "The Moth Diaries" does a decent job of establishing atmosphere and tension. Playing out in delicate tones like one of the late 19th century gothic novels the girls are studying in school, Rebecca (Sarah Bolger) comes to believe the new girl (Lily Cole) is a vampire as she mentally seduces and disposes of her friends one by one. Some characteristics of the film feel hackneyed- including a relationship with a teacher played by Scott Speedman and the overall fairy tale like environment- but "The Moth Diaries" ultimately goes to some complex places that, typically, delineates the emotional vagaries of young Rebecca. Don't think its "Carrie".... more of a quiet, whispy film. 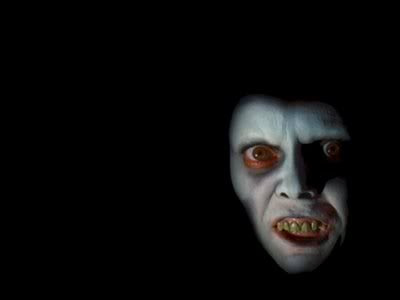 Nightwish- And finally, because it seems to be hard to find pics or even video clips of this 1989 oddity online, I've included one of my favorite scary moment images- the subliminal devil cuts in "The Exorcist"... that oft imitated flash of something sinister that works in just the right places. Regardless, "Nightwish" is silly stuff (and available streaming on Netflix!). In one early scene, the (mad) scientist tells his students to "relax yourselves and welcome the unexpected". The unexpected is what one gets with "Nightwish", a horror sci-fi weirdo cheeze effort that throws everything and the kitchen sink at the viewer. From talk of aliens, to cannibals and since we're firmly in the 80's... ectoplasm, writer-director Bruce Cook sprays every horror convention for good measure. Four graduate students travel to a supposed haunted house where they carry out experiments and come face to face with their personal terrors. Logical sense, and to some extent good film making, are nonexistent, but completest fans of horror films.... or just oddball 80's cinema lovers... shouldn't miss "Nightwish".