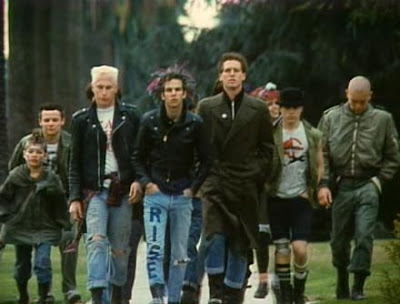 Penelope Speerhis' early 80's drama feels like the blueprint for every other emo-punk rock film to come after. It's Los Angeles setting, populated by landscapes of suburban redundancy and barren graffiti riddled flophouses, fits the nihilistic attitude of its protagonists well. Featuring a cast of no-names (except Flea.... yes that Flea from The Red Hot Chili Peppers), "Suburbia" follows these youth through endless days spent robbing from the open door garages of neighboring houses, going to punk rock shows, and tattooing the symbol of "TR" (the rejects) on their arms. And when the film takes a detour in slow motion as a pack of wild dogs runs through the neighborhood, Speerhis effectively transitions her experiment into something like an apocalyptic disaster film. If the feeling of being smothered by the sneering kids in "Suburbia" is your choice of a good time, then this film is for you. For that alone, it deserves a spot on this list. 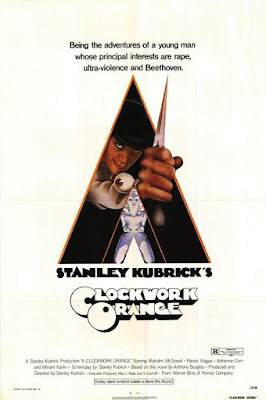 Probably the seminal film about teen anomia (although all the actors portraying these teens were well into their 30's), Kubrick's adaptation of Anthony Burgess's novel remains a riveting exploration of sex and violence. 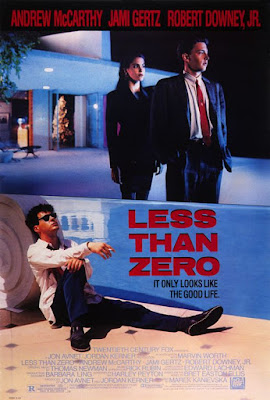 3. Less Than Zero- Cheating a bit here since this 1987 film features college age kids, it's just hard to leave any film derived from a Bret Easton Ellis off the list. The guy just invents such perverted, self absorbed and loathsome characters... yet his films earmark many high points of the last three decades including the outright crazy satirical masterpiece "American Psycho". I do hold a soft spot in my heart for his 2002 adaptation "The Rules of Attraction".... but back to "Less Than Zero". Released in 1987, not only did the film help solidify the rising star status of diverse talents such as Robert Downey Jr, Andrew McCarthy, Jami Gertz and James Spader, but I can't remember a film exemplifying the empty nature of sex, drugs and moody nightlife quite like this film. In retrospect, "Less Than Zero" is a zeitgeist film that embodies the 80's in so many ways. And no imagines the creepy aqua blue lights that reflect off a pool at nighttime quite like Ellis and director Mark Kanievska. 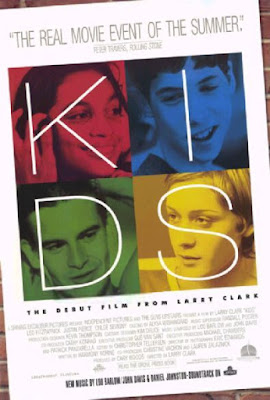 Like Easton Ellis, one could have their pick from the films of Larry Clark for this list, but its his 1995 debut, "kids" that takes the cake. While "Bully" and "Ken Park" (which I finally managed to track down recently) observe the same dead-end, sexually promiscuous teens in slightly vulgar and uncomfortable ways, "kids" was his breakthrough effort and a film that has grown in admiration over time. Upon release, "kids" was downright shocking, both for its seemingly documentary take on an aimless group of New York kids and its themes of underage sex, violence and complete absence of parental supervision. Watching it today, it still shocks and confounds.... which ultimately is what a good piece of art should probably do. And I had no idea that was a young Rosario Dawson! 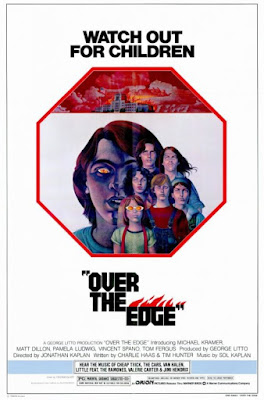 Raise your hand if this 1979 film- about a sleepy Colorado town whose juvenile delinquents decide to violently overtake the high school during a PTA meeting- didn't scare your socks off. In the early days of HBO, I must have watched this film about a dozen times behind my parent's watchful eyes, not quite understanding all the undertones but equally enthralled by the angry subtext. Starring a young Matt Dillon, "Over the Edge" represents the best of the teenage rebellion genre.
Posted by Joe Baker

In reality, the number of troubled teens is growing due to increasingly strong culture of peer pressure, vice, and materialism. That is why schools for troubled teenagers are a big help for those who need guidance.

I agree on what carolin is saying. We need schools for those troubled teens so that the continuing increase will stop. But I do wonder why they get to increase every now and then.