The Michael Winterbottom Files: Forget About Me

Besides being one of my very favorite filmmakers, British director Michael Winterbottom is a true chameleon.... one of the closest things we have today (along with Steven Soderbergh) of the studio boys back in the 40's and 50's who were able to parlay an extensive list of films together over a number of years, weaving in and out of genre and styles with ruthless efficiency. At the heart of many of Winterbottom's films lies an inherent respect for the serendipitous moments that people discover with others throughout their daily hustle and bustle. "Wonderland", "The Claim", "The Trip", "Summer in Genoa" all bracket a human drama against the wild tonality of a road movie. Winterbottom also loves his rock music, as evident in "24 Hour Party People" and "9 Songs". Both of these tendencies are at the center of his debut 1990 debut film "Forget About Me". Starring Ewen Bremner and Brian Mccardie, "Forget About Me" begins as a road as two soldiers in training take their Christmas leave and travel to Budapest to see their favorite band, Simple Minds, perform. Along the way they pick up a beautiful hippie girl hitchhiker named Czilla (Zsuzsanna Varkonyi) and they lay over in her Hungarian hometown where they're introduced to local culture, the girl's shifting affinities for both boys and Hungarian death metal. 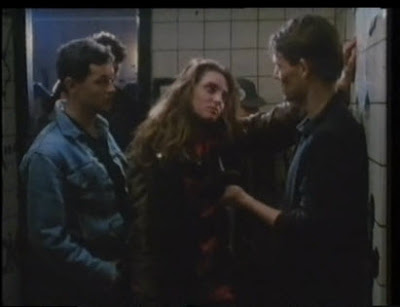 Financed by British television and gaining some exposure on the festival circuit in early 1990, at first glance "Forget About Me" feels like an airy, insubstantial piece of love triangle drama. On a second viewing, the awkward moments between the two soldiers and Czilla and Winterbottom's handheld camera capture uniquely moving flutters of emotion and feeling. In one scene- and one of the first where Czilla turns her attention towards the more mild mannered Broke (Ewen Bremner)- her playful advances come as he's shaving in the mirror. They chase each other around the room for a minute before the tension sets in. In another, Czilla and Broke run away from a party where her rocker ex-boyfriend Attila (Attila Grandpierre) has picked a fight with Bunny (Mccardie) and the two end up in the middle of family dance party at midnight. It's a magical little moment where no words are exchanged and the mood of a vibrant, surreal foreign country sets in perfectly. In description, this type of independent, hippie road movie seems hackneyed to say the least, but in 1990, I'm sure it felt otherworldly and a bit ahead of its time. Bottom line, "Forget About Me" owes more to the loose French nouvelle vague then the sometimes over hyped Alexander Payne 'search films'. 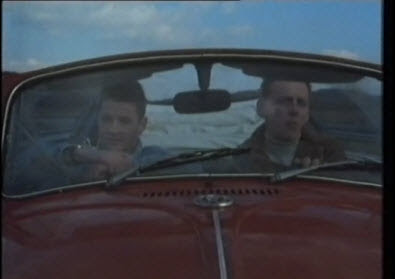 In addition to establishing many themes later revisited by Winterbottom, "Forget About Me" also marks the first time Winterbottom and friend/screenwriter Frank Cottrell Boyce would work together, later collaborating on such diverse films as "Code 46", "Welcome To Sarajevo" and "Tristram Shandy; A Cock and Bull Story". The script for "Forget About Me" is simple, relying on the elusive, natural beauty of female star Varkonyi and the wild-eyed innocence of Mccardie and Bremner as they experience life for the first time. And the ultimate irony of the film? When the two lads finally do get to attend the Simple Minds concert they've traveled over 400 miles to see (and which is shortly filmed, possible leading to the reason the film has never been released in any home video format), Bremner wanders off into the night unable to cope with the crushing effects of a grown up romance. It all feels a bit biographical, and perhaps Boyce and Winterbottom were these two lads at some point.
Posted by Joe Baker