70's Bonanza: Footprints On the Moon 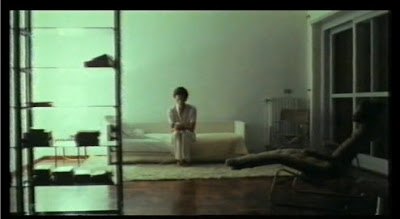 Alice (Florinda Bolkan) is being plagued by dreams of a spaceman being left alone to die on the moon. Cut to Klaus Kinski screaming something about needing a new guinea pig. After she shows up for work as a U.N. interpreter, she's told she has missed the last three days of work. At home, Alice finds a postcard from a hotel on the relaxing island named Garma and goes there in search of her missing time. From there, "Footprints On the Moon" spirals into a puzzling narrative of doppelgangers, little girls who seem to know everything and Vitorio Storaro's eclectic color palette cinematography. Bazzoni seems to be charting out something about the collapse of Alice's mental state, and that's just one interpretation. While the film eludes any easy answers, it does present a whirling atmosphere of suspicion and past trauma that would make anyone a bit paranoid. As Alice, Bolkan is wonderful, portraying a confused and slightly sympathetic woman who may be coming apart at the seem yet still wanders through the maze of impending revelations with an icy facade. 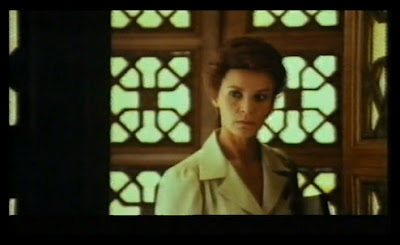 As mentioned above, so many of the 70's Italian films were playing and subverting genre. Westerns morphed into gangster films and giallo films were spinning new and bloody ideas off the black and white horror films of the American studio system. "Footprints On the Moon" excels in this fascination of blending types. It could have easily rode off the rails into a giallo flick like Bazzoni's previous film "The Fifth Cord", but it stays locked in the claustrophobic search for Alice's troubling memory loss and nightmares. If anything, "Footprints On the Moon" is so good because it remains just plain weird at times. And anyone whose had that dream where they're running from someone but seem to get stuck in that slow motion non movement will shudder a bit at the finale. 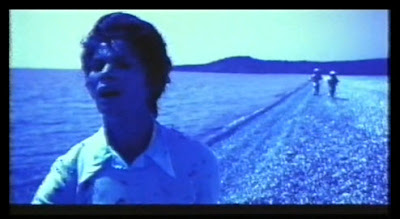