With only a couple months left in the movie-going season, some of the studio's biggest potential knockout performances are still en route. However, surveying the past 10 months of the year, here are a few performances that stand out for me (unranked): 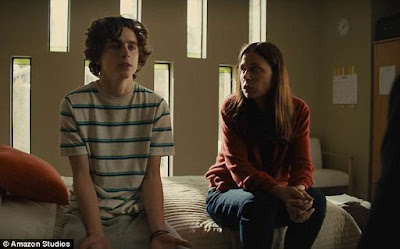 Maura Tierney, in "Beautiful Boy"- Naturally, Steve Carell and Timothee Chalamat provide a good majority of the emotional fireworks in "Beautiful Boy", an adaptation of the best selling memoir about drug addiction that posits the two actors in various shades of meltdown and catharsis (and some very big Acting Moments). It's Maura Tierney's supporting background role as the stepmother to Chalamat's destructive young 'un that stuck with me long after seeing the film. In a role that could've been designed in formulaic overlays, Tierney inhabits her role with various degrees of invincibility, anger, understanding and nuance that, for me, pushed the film into bearable enjoyment outside of its dour subject matter and powerful method acting. 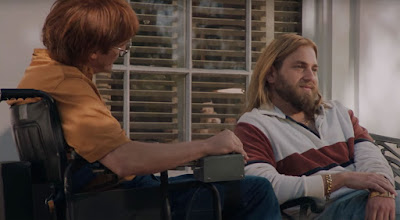 Jonah Hill, in "Don't Worry He Won't Get Far on Foot" - Actor Hill is having quite the monumental year. Debuting as a director with his personal micro-indie "Mid90's" a few months back (which, if you haven't seen it, is very good and boasts an impressive editing style that rightly just received a Spirit Award nomination), Hill also gave one of the year's more memorable performances in Gus vanSant's "Don't Worry, He Won't Get Far on Foot". Though the film can and went with very little fanfare, it's worth seeking out because of Hill's gentle and almost spiritual role as the self help guru who tries to get the lives of his addict followers back on track. The way he dresses and moves, at first, seems like a put-on, but Hill slowly turns the character (based on real life) into someone achingly genuine. 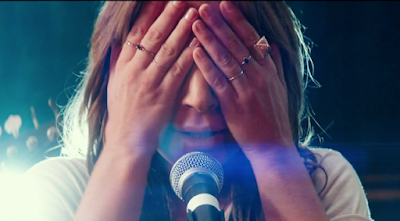 Lady Gaga, in "A Star Is Born" - A natural performer, yes, but not all can easily make the transition to film. Lady Gaga did just that in Bradley Cooper's remake that charts the astronomical rise of a singer from hotel laundress to Grammy award winning singer. Displaying all the tenets of wide-eyed optimism folding into world-weary acknowledgement that she belonged at the top all along, Lady Gaga's debut role seems destined for Academy awareness and rightly so. While co-star Bradley Cooper has the more complicated role (i.e. depressive rock 'n'roll star), Lady Gaga holds the film together through sheer strength. Look no further than her song towards the end of the film that reveals the hardest thing in singing is not allowing your emotions to shipwreck the moment. 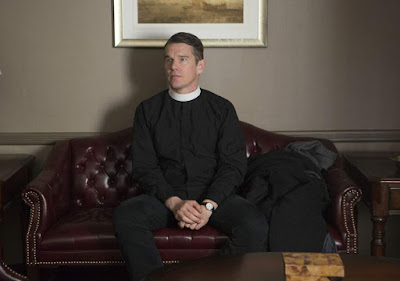 Ethan Hawke, in "First Reformed" - An incredibly rigorous examination of a priest losing himself, Paul Schrader's "First Reformed" features Hawke in a career best performance. Cracking at the seams slowly, Hawke's character is a smoldering cauldron of doubt, alcoholism and out-of-body experiences that places the film on a metaphysical level as it winds down. It's a film whose nature I admired more than fully liked, but Hawke's role is a revelation and Schrader- who's made a career of spiritual agony on film- certainly pulls no punches . 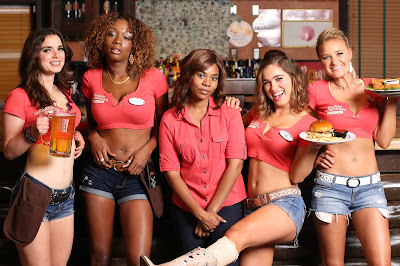 Support the Girls, ensemble cast - Regina Hall. Hayley Lu Richardson. Shayna MacHale. Andrew Bujalski’s Support the Girls presents a milieu rarely explored in modern comedies. It’s not that its characters — a group of service industry women who work at a Texas-based Hooters-esque sports bar — never get their due on film.
Posted by Joe Baker