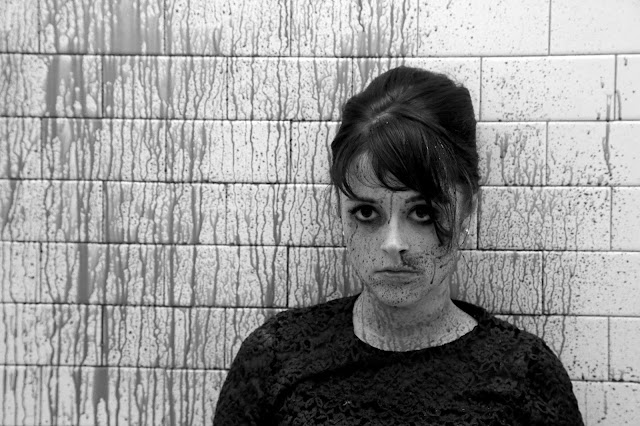 Mickey Keating's obviously micro-budget black and white horror doesn't tread any new territory in the genre, but its so ominously spliced together and jarring in its music and shot placement, that it feels somewhat inspired. Yes, it begs, borrows and steals from everyone ranging from Polanski to modern indie maestros like Ti West, but "Darling" still managed to creep under my skin. The story- about a young girl (Lauren Ashley carter) whose mental state slowly deteriorates while house sitting a lavish but haunted New York apartment- grows more discordant and eerie as things progress. Couple that garish visual style with quick subliminal editing and terse music and "Darling" succeeds in generating low-fi terror without explaining (or showing) a whole hell of alot.


Tombs of the Blind Dead 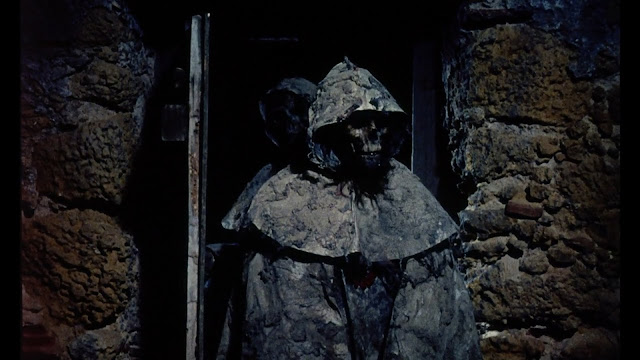 The first film in Amando de Ossorio's "Blind Dead" series sets the stage for its twisted spin on history by turning the revered (but curious) Knights Templar legacy into a line of blood-drinking vampires who rise from their tombs at night and wreck havoc on the Spanish countryside. The usual horror tropes aside- i.e. a pretty girl who goes it alone in the chapel, some pretty awful decisions made by people running from the VERY SLOW moving creatures- "Tombs of the Blind Dead" is effective in its image making of shadows and skeleton bodies slinking in the night.

Not since Rob Zombie's "House of 1,000 Corpses" has a horror movie shocked me quite like "Baskin". It progresses- in its final third- into something so violent and demented that it's nightmarish landscape of hell made my stomach churn a bit. That's tough to do. The story in and of itself about five Turkish police officers who answer a distress call and become unwitting witnesses to some sort of devil incarnate gateway isn't the progressive thing here. It's the embodiment of evil that one mini-man character inhabits and the sheer willingness to hold nothing back in its provocation of torture and disturbing images. It's one of the few times I wholeheartedly recommend the warning of "not for the faint of heart".
Posted by Joe Baker