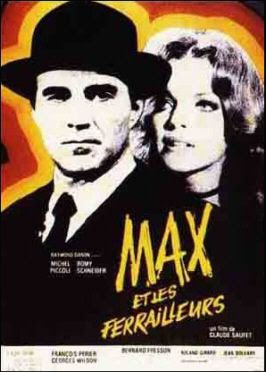 French 'policiers' of the 70's have a distinctive flavor and tone. Either they end up as muscle-bound, illogical sleaze-fests such as some of the latter day Alain Delon films, or they strike the perfect balance of intelligence and pathos. Of course, the gold standard are the films of Jean Pierre Melville. And while Sautet's "Max and the Frenchmen" isn't quite "The Red Circle" or "Un Flic", it is a well crafted and devious procedural that understands truth is in the hushed details of a conversation over car chases and grand shoot outs. It does feature a pretty awesome shoot out at the end, though.
Posted by Joe Baker