Two of my favorite films from the 1970's- Robert Mulligan's "The Nickel Ride" and John G. Avildsen's "Save the Tiger"- contain a similar theme about the dogged determinism of a business entrepreneur to keep his business afloat. They're exhaustive, fluid films that feature stressful performances by Jason Miller and Jack Lemmon, respectively, and certainly accentuate the oncoming tide of later 70's films that wallow in the American recession and "New Brat" school of thought. And even though both men in these films straddle the line between moral and decent business practice, they signify upright men trying to maintain control of their visions, regardless of the legality of their trade. 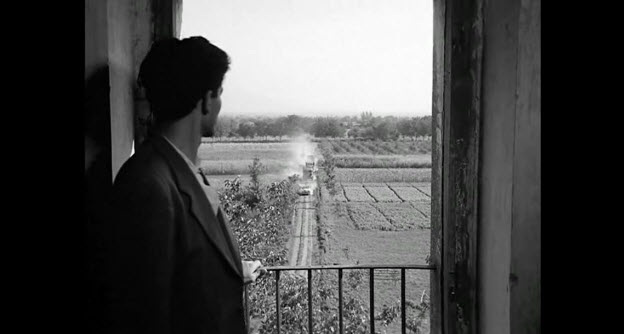 A straight line can be drawn back to Francesco Rosi's 1958 "La Sfida" (aka "The Challenge"). Not only does it enable the simple Italian Neorealist themes of a lowly person desperately trying to overcome a singular hurdle, but it feels like a direct interloper to the films of Coppola, Scorsese and the above mentioned pair in its scope and intimate ambition. Sarring Jose Suarez as Vito, "La Sfida" observes his growth from the town hustler to fruit and vegetable mogul in short order. Setting up trucking routes, organizing his men to make deliveries and, eventually coming into conflict with the local crime boss, Vito seems to have it all figured out. Things get even better when he marries young Assunta (Rosanna Schiaffino). And, like all great Italian films, their wedding day becomes a lengthy affair that not only takes up a good portion of the film's final half, but morphs into a cerebral exercise of power and control as Vito's enemies decide to attack his interests. 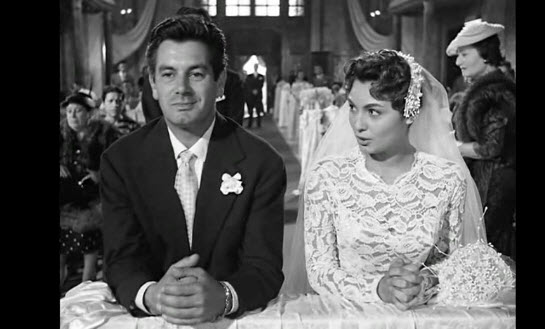 "La Sfida" was Rosi's first solo directorial effort after co-directing an anthology film in 1952 and assisting actor Vittorio Gassman with his project entitled "Kean" (which isn't a bad film, but ultimately a comedic 'audience pleaser' that looks and feels like nothing else Rosi would do). Stunning in its assured measures and complex in the way it manages to highlight the almost bureaucratic steps ambitious Vito has to take to build his hard-pressed empire, "La Sfida" is really a film about the in-between moments of Italian Cosa Nostra culture and the uncontrollable fits and starts of creating something out of nothing. Like the long walks Jason Miller takes around the dilapidated warehouse district of Los Angeles or the sweaty, out-of-breath decisions Jack Lemmon has to make on the fly, "La Sfida" raises a strong case that the effort is hardly worth the pensive payoffs. But, Vito does it anyway. Partly out of neighborhood pride, but mostly because he enjoys the nice cars and pampering beautiful Assunta, "La Sfida" follows his trek through the good and bad. If it's ironic that he initially gave up peddling cigarettes for the more expensive and healthy produce shipping, "La Sfida" shows no favoritism. The end result is the same. And like the rest of Rosi's career, his anti-hero rarely walks away unscathed, beaten either by the system or his own ambitions. "The Challenge" could be the title of any later Rosi work, and I imagine he liked it that way.