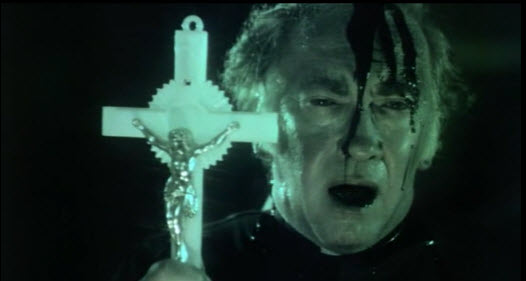 How one can title a film the Boogeyman and not spend any time or effort inventing some sort of nightmarish imaginary being is beyond me, but that's exactly what director Ulli Lommel has fashioned with this one. Call it an interior horror film since the deaths come at the hands of an invisible presence which seems to transport into this world through fragments of a broken mirror, spurned on by the traumatic childhood of a brother and sister. I call it pretty lame. Outside of this brief description, there's not much else to speak about in a plot that's both nonsensical (one minute they're talking about seeing a long lost mother and then its forgotten, or the killer seems to be targeting everyone except the boy and girl) and forgettable. Let's hope the rest of my October watching is infinitely better. 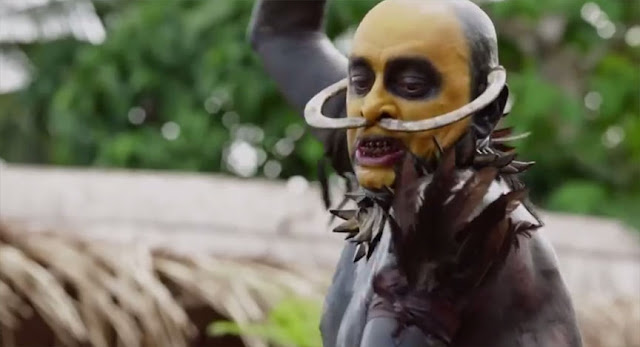 Can't say Eli Roth's "The Green Inferno" is that infinitely better, but at least its straightforward and up front about its intentions- which is to gross out and shock a new generation of fans not familiar with the grisly/sleazy oeuvre of Italian shlocksters like Ruggero Deodato or Lucio Fulci. Basically a loose echo of "Cannibal Holocaust" (complete with New York liberal students receiving their gory comeuppance), Roth dispenses with character development outside of a few juvenile attempts at humor and a stoned, heroin-looking-infused Sky Ferreira playing reactionary friend to star Lorenza Izzo. As a friend of mine put it.... in the first 30 minutes I'm wanting that one to die and then that one. I've given up on Roth. Too amateurish for honest pastiche and too enamored by his own ideas of geekdom to ever really rival others like Kevin Smith or Tarantino (can't believe I just typed that), all of his stuff is torture porn... and not in the best way. 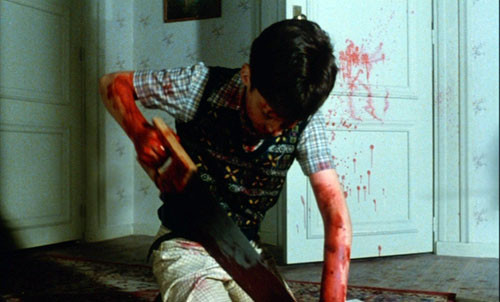 Horrible acting and ludicrous plot aside (which seems to be the norm here), "Pieces" is held together (huh-huh) by snippets of extreme gore ala chainsaw mutilations and lots of early 80's let's-have-some-erotica-then-get-killed subplots. Oh, and the killer is consumed by putting together a puzzle in between kills, which I can't say I've ever seen in a gore film before.
Posted by Joe Baker