There's an extended scene in Rod Amateau's "Drive-In" that places a majority of the film's characters circling each other at a roller skate rink as they flirt, fight and discuss their upcoming weekend plans. Not only does this scene feel uniquely antiquated due to its now foreign setting of a by-gone juvenile playtime (which I took part in weekly myself) that no teenager probably even knows about today, but it creates an innocent introduction to a host of kids without a hint of sarcasm or irony that would surround a scene like this today. Basically, "Drive-In" is a film of its time... and its a wonderfully realized representation of small town Texas. 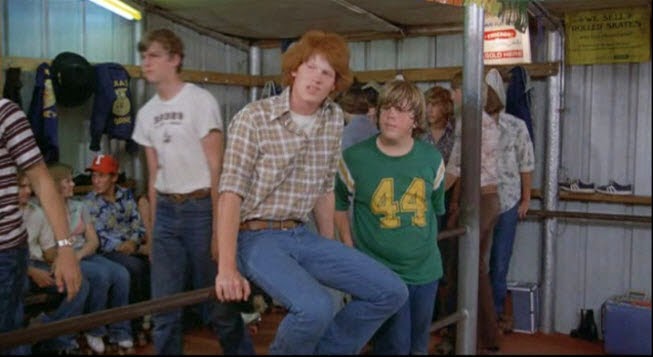 Filmed in the flat, suburban town of Terrell, Texas (approximately 30 miles east of Dallas), "Drive-In" centers its action around the now defunct drive-in theater that once existed in the small town. Sadly, its now a gas station. We're introduced to a variety of people. There's Orville (Glenn Morshower, the man best known for playing Aaron Pierce on "24"), the laid back good kid who finds himself unwillingly fighting for the affections of beautiful Glowie (Lisa Lemole), even though her ex-boyfriend Enoch (Billy Milliken) is the leader of a local gang. Two older men, Will (Gordon Hurst) and Gifford (Trey Wilson, always remembered for his role as Nathan Arizona in the Coen Brothers "Raising Arizona") plan on robbing the drive-in theater later that night. Local town stud Bill (Kent Perkins) and his girlfriend have taken the first step of engagement, but they are having second thoughts. Throw in the casual mix of best friends, little brothers and adults trying to maintain a grasp on the teenagers and "Drive-In" resembles the many efforts that track teenage angst and emotional confusion through the course of one long, aimless night. 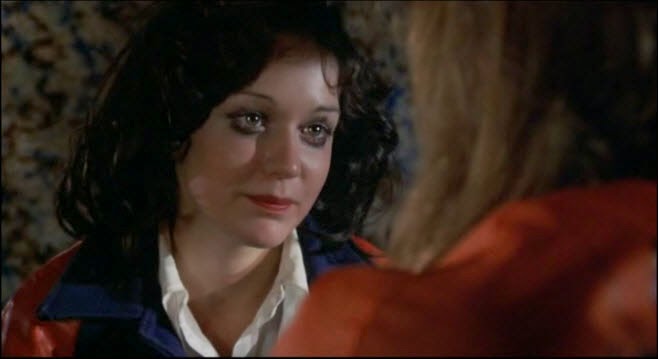 Director Rod Amateau is an interesting study. Mainly working in television, his only other film credit is the 1987 "Garbage Pail Kids Movie". From a visual stand-point, "Drive-In" is ordinary. It's the witty, Texas-lingo'ed script by Bob Peete that makes the film. Full of head-spinning analogies and aw-shucks sayings ("whoo, whee bless your mom and dad" when one character sees an amply bossomed girl), it also features some wise, philosophical moments, especially in its recreation of young love. As Glowie, Lisa Lemole (beautiful beyond belief) gets the best of them. A bit of the eye-roll is necessary at times, but that's the most charming thing about the film. Owing itself to a long line of Texas cinema, we seem to be indebted to the listless days and nights that dot our childhood. From filmmakers Richard Linklater to Texas perennial Eagle Pennell, the minute focus of a small group over the course of a short period of time has been the cathartic ambition of Texas filmmaking. And the ordinary Texas setting of Terrell fits right into the catalog of normal landscapes playing host to larger-than-life events that shape and formulate the young lives of Texas men and women. Whether its a drive-in theater, a local watering hole ("Last Night At the Alamo") or the last night of high school ("Dazed and Confused"), what really matters are the connections we create and destroy at pivotal times in our lives.
Posted by Joe Baker