A Meta Life: Stories We Tell

Filmmaker/actress Sarah Polley deserves to be titled in that order, if it makes a huge difference. Yes, she's a luminous actress, but over the past 4 years and 3 films, Polley has ascended into something bigger than that... a woman crafting tremendous, personal works of art that transcend her young age.

Polley's latest film, "Stories We Tell" is a documentary, turning the lens on herself and her own family as she scalpels away at the truth of the infectious personality of mom Diane and exactly what happened in the late 70's. Using direct interviews, grainy home video footage and even actor-portrayed recreations, "Stories We Tell" charts the timeline of her family with judicious investigation. Why doesn't she look like the rest of her family? What causes a marriage to fade into boredom and familiarity? And what's the responsibility of future generations to trace the truth of past ones? All of these questions are answered in Polley's capable hands, at great personal cost to all. 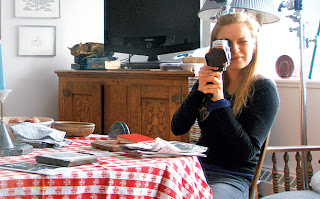 In actuality, Polley has probably been answering these questions for years now. Her debut film, "Away From Her" was a moving and real depiction of a woman's slow ascent into sickness, featuring a wonderfully nuanced performance by Julie Christie and, obviously, based on the slow progression of cancer that eventually took Polley's own mother when she was just 11 years old. Last year, Polley released "Take This Waltz"... a film starring Michelle Williams as a woman torn between the comforts (and boredom) of marriage and the exciting possibility of an affair. I was on the fence about the film, amazed by certain moments of spontaneity but taken aback by the weird outbursts of Williams' character. After seeing "Stories We Tell", it's clear "Take This Waltz" was more autobiographical than anyone realized. Both films, seen as a fictional and then non-fictional rendering of the same woman- Polley's mother- compliment each other and deepen the conflicted and quizzical feelings Sarah must have about her mother. While most of us can appreciate a parent in the here and now, Polley is recreating her through grainy images, interpretive writing and tough questions. 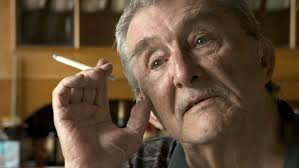 In "Stories We Tell", a unique structure is used where her own father reads aloud fom a text (we find out at the end of the film where it came from) and Polley frames the images around the meta-textual musings. It's ironic (and somehow perfect) that the most memorable images of the documentary are stationary reaction shots of Polley as she listens, her face or mouth or eyes tightening or twitching in discovery as the words are made. Not only is it a human moment, but a touching one that forces the audience to discover and relate to her own discovery. The best non-fiction works, like those of Jonathan Caouette or Ross McElwee, not only mine the potential of a great personal story but they allow us unsettling peaks behind the emotional curtain of the author or storyteller. Sarah Polley has created a brave undressing of her family that not only belongs in this class of personal docudrama, but stands head and shoulders above anything else this year so far.
Posted by Joe Baker