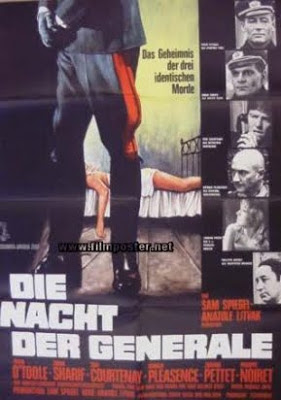 Anatole Litvak's delirious mix up of revisionist history, detective pulp thriller and Nazi hunting is one terrific ride, largely ignored by pretty much everyone. It is available on DVD, so do yourself a favor and catch up with this epic gem. 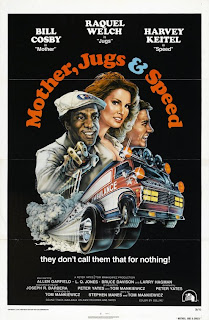 ﻿Terrific, fast paced comedy-drama starring Harvey Keitel, Bill Cosby and Raquel Welch as Los Angleles ambulance drivers. Immensely funny in parts, disturbing in others (see the performance of Larry Hagman), Peter Yates' film turns on a dime and jams so much into this energetic farce. 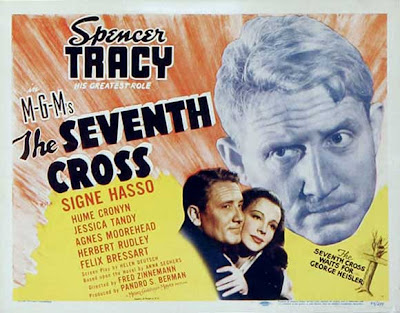 A great film of two halves. The first part is a tense and dirty road movie in which an escaped Jewish prisoner (Spencer Tracy) desperately tries to seek refuge from his Nazi captors. Once under roof, the film plays out like a film noir as old friends could become betrayers and every shadow looms with danger. Directed by Fred Zinneman, its an unheralded classic. 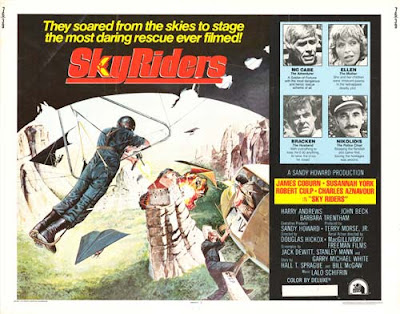 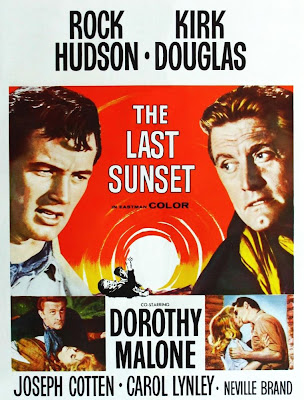 An interior western and a superior one. All the regular genre tropes are there: a cattle drive, outlaw and sheriff, open vistas…. But the real tension in Aldrich’s understated masterpiece is the simmering tension boiling between all involved. Kirk Douglas is an outlaw on the run when he finds his way to the cabin of an old flame (Dorothy Malone), immediately hooks up with her and her husband’s cattle drive, and then finds the sheriff chasing him (Rock Hudson) join the fray as well in order to serve the existing warrant on him the minute they cross the Texas border. Throw in a 17 year old daughter (Carol Lynly) who develops a crush on Douglas, and “The Last Sunset” turns into a chamber drama under the sun with every principal character hiding an ulterior motive. The way in which Aldrich moves the chess pieces around the board is hugely satisfying, and it all culminates in an extremely moving testament to the individual lost amidst the lawlessness of the Old West and his quiet redemption.  Viewed while catching up with the entire career of filmmaker Robert Aldrich. 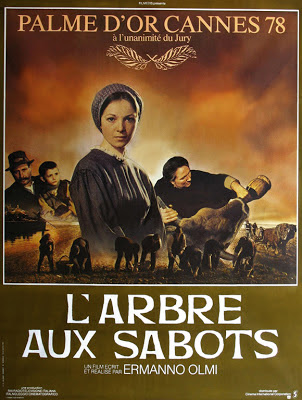 On paper, Ermanno Olmi's three hour epic sounds like a snoozer- the lives of three families who live and work on a large tract of land and their daily activities. What we get is a nuanced, intricate and brave depiction that never falters and continually creates passion out of the mundane. 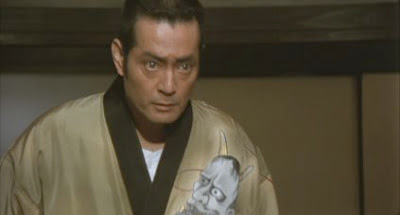 Hideo Gosha's epic rendering of a young girls' introduction into the home of a yakuza mobster. Spanning some thirty years, "Onimasa" feels like a precursor to so many later films. Moving, violent, unexpected... it's simply one of the best films of its time. 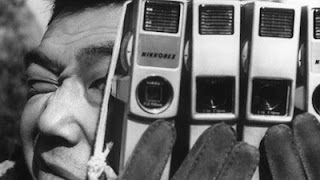 I know I've seen Imamura's "The Pornographers" before, but upon a re-watch in 2012, it struck me as something revelatory and new. Also known as the dissolution of a family through windows and doors, and, in my opinion, Imamura’s first great film. Ogata (Shoichi Ozawa) makes a living filming porn movies on the side. He cares for his wife (Sumiko Sakamoto) and is perversely attracted to his 16 year old daughter. His son, in between stealing money from him and passively avoiding any conflict in the house, barely exists. Not only does Ogata have to worry about a possible curse from his wife’s dead husband (in the form of an omniscient fish), but the local yakuza when they find out about his profitable smut business. While this premise sounds promisingly tawdry, Imamura wisely avoids slipping into a ‘pinku’ film. Whether observing an office business party or the filming of a very uncomfortable sex scene between a mentally challenged girl and an older man, Imamura’s camera is perched carefully outside the action, creating an even more meta-movie experience than the film’s opening where three men are watching the same movie we are. We are truly observers in this bracing idea of a film. For 1966, “The Pornographers” is a richly textured, envelope-pushing masterwork. 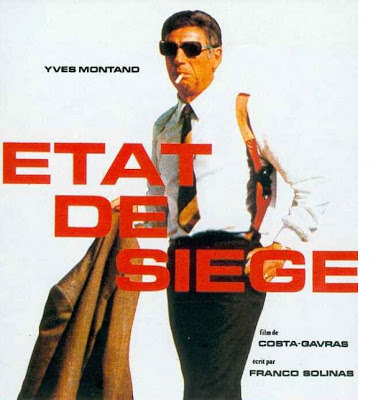 "State of Siege", directed by Costa-Gavras, has alot in common with the 70's films of Francesco Rosi.... films that are right in my wheelhouse with their dry, intelligent depiction of the vagaries of big government mixed up with corruption, terrorism and bureaucratic mess. Like "The Mattei Affair" or especially "Lucky Luciano", Costa-Gavras' film takes one incident- the kidnapping of a high ranking government official- and spins a narrative from several angles, viewpoints and moral conviction. And because the film opens with a startling discovery, the prime motivation is not in telling the story with a resolution, but in the high--wire act that both sides of the law navigate across. Released in 1973, gaining no real fanfare and relatively lost in home video distribution (my copy is a Region 4 disc from Spain), "State of Siege" is an amazing and angry film. 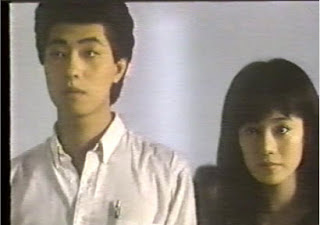 Even though director Edward Yang already had one short film under his belt (a portion of the omnibus "In Our Time" in 1983), nothing would quite compare to the ambition and brilliance of his debut feature length film "That Day, On the Beach" one year later. Sprawling and intimately epic, "That Day, On the Beach" has quickly become my very favorite Yang film... and considering his brief but magnificent output, that's saying alot. With a running time of two hours and 45 minutes, "That Day, On the Beach" takes its time in telling a story in flashback (and even flashback within the flashback) of the reunion between old friends JiaLi (Syvlia Chang) and Qin Qin (Terry Hu). Qin is a successful pianist in town for a show when she decides to reach out to her old friend. In casual conversation, JiaLi tells of her struggle after the two friends parted after high school and her subsequent relationship with Daiwei (David Mao) and their turbulent affairs together. To complicate matters, Qin Qin was once in love with JiaLi's brother, and this is the reason she initially wanted to reunite with her. Still, "That Day, On the Beach" is Sylvia Chang's story, seamlessly shifting from past to present as she tells her story to her old friend, including the strange disappearance of her husband and the tender bonds between the family she once left behind.