70's Bonanza: The Outside Man 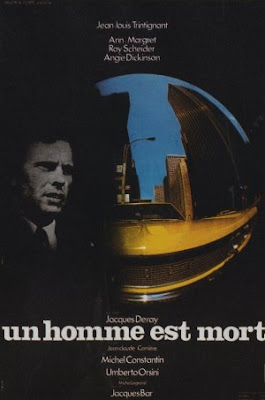 Jacques Deray's 1972 Los Angeles noir is notable for several reasons: it's not only a Euro noir that successfully transplants its moody French-killer-tone into a vibrant portrait of early 70's Los Angeles funk (and thereby earning its spot in Thom Anderson's substantial documentary "Los Angeles Plays Itself"), but its a film that features a delicious cat and mouse chase between Jean Louis Trignitant and Roy Scheider with Ann Margaret thrown into the mix, cleavage and all. It's also, sadly, AWOL on DVD distribution. From the opening moments as hit man Trignitant arrives in Los Angeles to carry out a contract, its obvious director Deray is in awe with the concrete jungles, giving us an overview shot up from downtown, down the I-5 and following snatches of interstate into Beverly Hills. Trignitant carries out his orders, and is then turned into the hunted himself as Scheider (as a wordless hit man himself) tracks his every move as the purveyor of a true double-cross. Their battles carry them to an abandoned, almost bombed-out looking portion of Venice beach and a manicured funeral home finale that turns into a bloodbath worthy of Scorsese's "Taxi Driver". I can certainly imagine Michael Mann taking something away from the point of view shot as a man hangs onto the side of a car, clinging for life, then slowly letting go and fading away (see "Public Enemies"). In short, "The Outside Man" looks and feels like one of those 'insider movies'.... locked away from the general public but highly influential for a generation of filmmakers who fashion their work with mood and style. 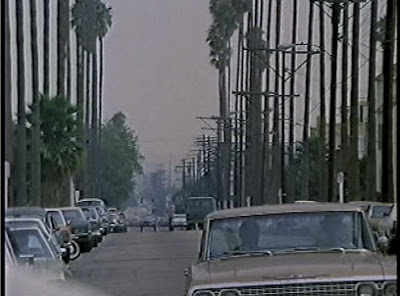 Deray, who produced a number of fine crime films in his native France, never quite achieved the level of grandiose wonder that is present in "The Outside Man". The entire film has a fog of discovery hanging over it.... one that native Los-Angelian Anderson describes in his documentary as fitting perfectly with its title- a film that takes an outsider and places him squarely in the rat race of modern America. We've seen some of these grimy locations on film before, but in "The Outside Man", they have a distinct off-centerdness that fits with the point of view of a foreigner on the run for his life. And as the cold, calculated stalker hunting Trignitant, Scheider looks to be having a ball. 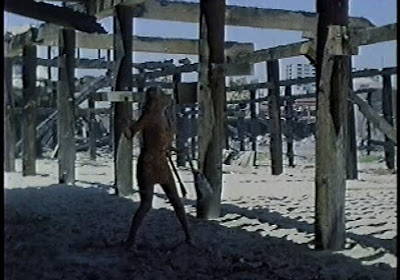 As the outside man in question, Trignitant is silent. He registers little emotion, but its one tiny moment in the film that expresses its enveloping nihilistic attitude. With a chance to board a plane back to France, Deray employs a slow zoom on Trignitant's face as he measures his future, ultimately deciding to stay in Los Angeles and face the consequences. It's a striking moment, made all the more stylish by Deray's decision to film his next appearance standing in the middle of an airport street as Margaret tries to drive away from dropping him off. Just like its legendary L.A. locations, Deray clearly has a penchant for swell emotional cues. It makes the impossible (caring for a hit man) ring somewhat believably honest.
Posted by Joe Baker