Apparently part of a trilogy (which Mubi is slowly dropping each week until Halloween), Michio Yamamota's "The Vampire Doll" is pure early 70's Hammer knock off horror, complete with surreal images tinged with an air of genuflective Japanese culture. It's thrills are few and far between, but when they happen, they suggest a nightmarish rapture of the living dead.Taking place mostly in a lavish old mansion where a family holds a dark secret about the death of a young bride and the family that goes searching for her. I look forward to "Lake of Dracula" that streams this week. 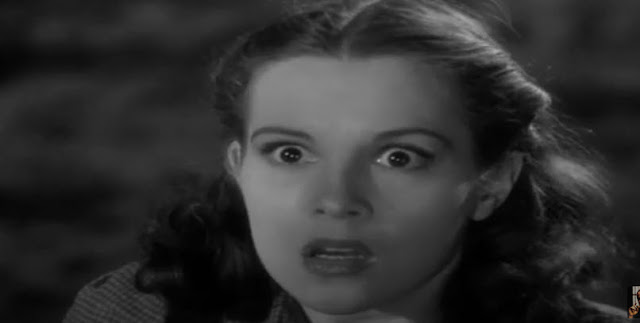 I'm not sure what I expected from Val Lewton's factory produced "The Leopard Man". After the aforementioned leopard wildly escapes towards the beginning and claws the hand of a waiter on its torrid exit, I thought maybe we'd get an infected man terror tale. Then the wild animal corners and hunts a young girl in a scene that ranks as one of the most heartbreaking demises in cinema. Then more and more people turn up dead and it appears there's a serial killer on the loose. What's so good about Jacques Tourneur's film is the simple exploration of fear. Much like war-torn Berlin and serial killer Paul Ogorzow, history often reveals that evil is born and enabled by a shroud of terror. The town experiencing the fear of a loose beast soon turns on itself and gives in to its primal urges, turning even the most lucid figures into Jekyll and Hyde like depositors of destruction. "The Leopard Man" is pure trauma horror decades before the onslaught of lazy, hackneyed approaches to the same treatment scatter the current horror film landscape.

Despite it's clumsy title, Yamamoto's "Lake of Dracula" is just as atmospheric as "The Vampire Doll", equally as in love with fairly simple creature design, and certainly vibes with its 70's era chills. Just one more in his trilogy to go.