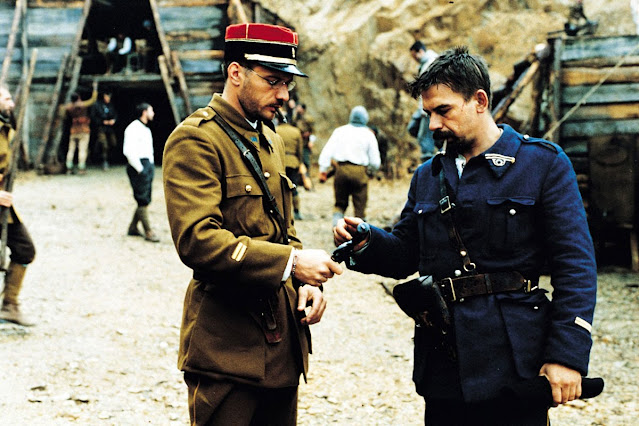 Eschewing any single point of view, Tavernier (who also wrote the impressive script) directs the hell out of the film. From the opening war images to the almost hilarious shuffling of bureaucratic duties among military leadership tired of nagging relatives or superfluous documents, "Captain Conan" takes the title of one man but slowly opens up to conflate the whole experience of war. It's easy to create an anti-war film, but Tavernier does the impossible and makes a statement that war is perhaps necessary for some people and then simultaneously corrosive for the same.
Posted by Joe Baker