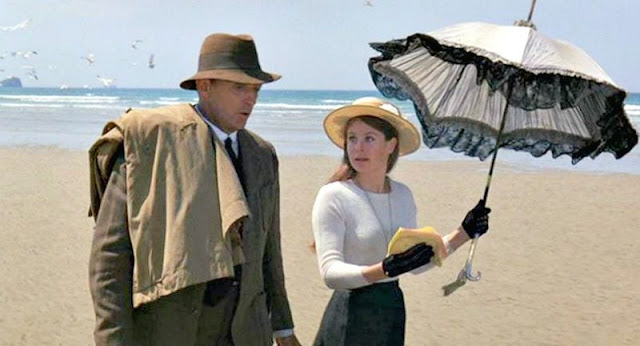 Or maybe I'm translating way too much into it. I fell in love with this film from the outset. Not only does it exude a master's touch- just watch the early scene where Rosy awaits Charles in his schoolhouse and the camera pans across walls and doors from her point of view as Charles enters the other room and his lumbering physique is heard coming closer, which feels like an imprinted visual touch adapted later by everyone from David Fincher to P.T. Anderson- but it's an old fashioned romance that rarely saw the light of day as the 70's rolled in. And that was the general complaint against Lean's film, that he was regurgitating previous themes and motifs from earlier efforts and that, at best, "Ryan's Daughter" was second-tier copy. My reply? If this is second tier, then I wish more filmmakers would attempt it.
Posted by Joe Baker

I am glad that I came across your article. I'm learning a lot from here. Keep us updated by sharing more such blogs.Amazon bellen