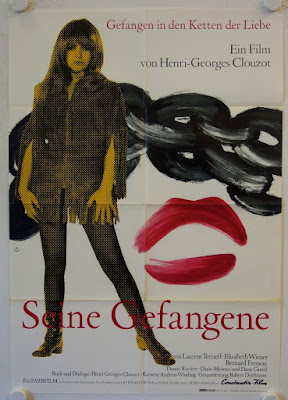 Gaining some recognition on the festival circuit a couple years back, "Woman In Chains" deserves a much wider re-release than its been given. While it may not be Clouzot's absolute best film (which still remains "Wages of Fear" and "Diabolique" simply for their genre-setting templates), "Woman In Chains" is a perverse, skilled and eye-popping rendition of how Clouzot saw the world in groovy 1968.
Posted by Joe Baker