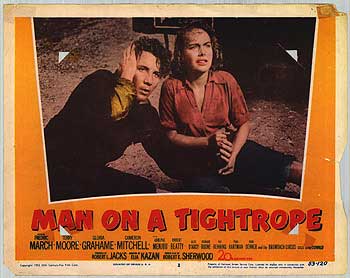 Perhaps Kazan's unsung great work, "Man On a Tightrope" also contains a delicious title, both literally as a circus manager (Fredric March) and once-tightrope walker and secondly as a man trying to pull away from the strings of Communist oppression. His idea- to defect his entire circus troupe if his own workers, family and competition can spare their in fighting and jealous deceptions long enough. Moments of extreme humor (such as the "meeting" between March and arch rival Robert Beatty) only heighten the immense affinity we feel for the cast and their desperate plan to escape the Iron Curtain, all brought to a thrilling head in the finale that blends action, pathos (oh that stoic face of elderly grandma watching on in horror) and tension. It's easy to see how this film was lost after the success of his next three or four films, but it deserves its place in Kazan's canon. 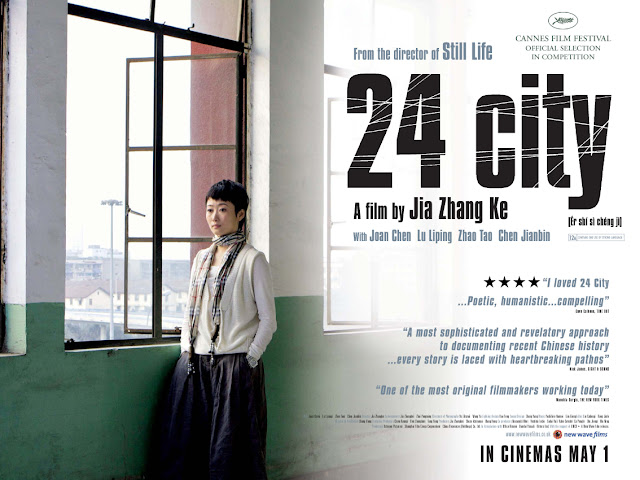 Rounding out his documentary triptych (along "Dong" and "Useless"), "24 City" (2008) is a damning critique of society-as-ghosts. Once a sprawling, mammoth factory known as Factory 24, urban revitalization and 'progress' sees the Chengdu structure being torn down to build a series of high rise condos and mixed-usage business. Part talking head interviews with people who worked in the factory or shared joyous moments there with family members, Zhangke's film is an overwhelming snapshot of time and place whose forward movement feels like a slap-in-the-face. Alternating between carefully timed tracking shots, lateral pans out to the city and powerful stationary shots as even the huge letters of the factory are sent tumbling to the ground, "24 City"- like Thom Andersen's anthropomorphic films about Los Angeles- becomes a bittersweet portrait of a city in flux. Music and image marry with quiet and unsuspecting grace, such as the melancholy way an older man slowly makes his way around a worker's room and Zhangke's camera almost floats along the ceiling, simply observing the process. It's a scene that doesn't have any ancillary meaning, but it speaks volumes about the angelic quality Zhangke holds for these people and their crumbling exteriors. 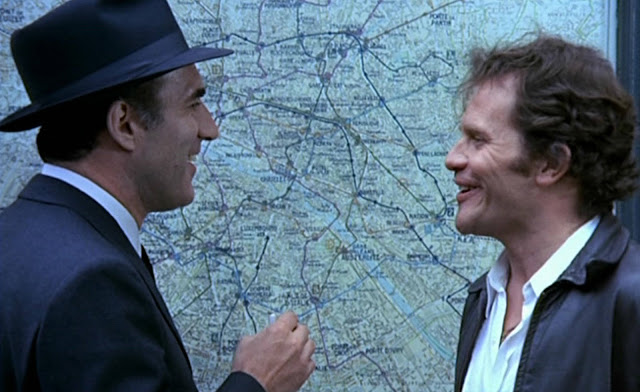 French 'policiers' of the 70's have a distinctive flavor and tone. Either they end up as muscle-bound, illogical sleaze-fests such as some of the latter day Alain Delon films, or they strike the perfect balance of intelligence and pathos. Of course, the gold standard are the films of Jean Pierre Melville. And while Sautet's "Max and the Frenchmen" isn't quite "The Red Circle" or "Un Flic", it is a well crafted and devious procedural that understands truth is in the hushed details of a conversation over car chases and grand shoot outs. It does feature a pretty awesome shoot out at the end, though.
Endlessly fascinating for the way in which "Max and the Frenchman" undulates between crime film procedural and slowly invading romance drama, it's an unheralded great film that, besides its marginal re-release here in the U.S. back in early 2013, deserves a wider audience. 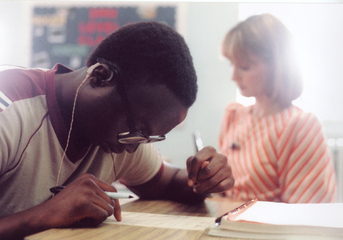 Frederick Wiseman's documentaries are a collection of dialogue, compromise, anger, observation and, in the case of his 1987 film "Blind", an exercise in pure cinemas as discovery. It comes at the halfway point when one of the very young blind children featured in the film (known as Jason) is followed in an extreme long take as he feels his way downstairs into one classroom and then back upstairs to another to talk to his teachers. There's no expediency or montage juxtaposition to hurry up the act. We simply exist to observe this child as his newly taught sensory skills are put to the test. It's a moment both bracing in its honesty and awe-inspiring in the possibilities of film to capture something non manufactured and real. In essence, that's what Wiseman has been doing for forty plus years. In "Blind", the overriding message is that, yes, these children do have handicaps, but their immersion in life, relationships, and the everyday ebbs and flows of emotions are just as pertinent. Perhaps more so because they're learning to adapt without a vital sense many people take for granted. Wiseman doesn't. 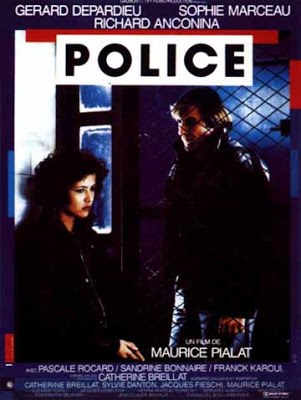 Alongside Bertrand Tavernier's "L.627", Maurice Pialat's 1985 film "Police" may very well be one of the most anti-police films ever crafted.... in terms of Hollywoodized standards that is. Both films jettison the ubiquitous aspects of the 'policier'. Gone are the car chases, shoot outs and violently illustrious actions that permeate the landscape of the genre. Instead, we get a "procedural" in the most essential sense of the word. In fact, the first 50 minutes of "Police" document the ebbs and flows inside a police station like a one-act play with cops bickering, joking and pushing against a stone wall of questioning. There are no grand break-throughs in a case. There are no "a-ha" moments that decipher the investigation. Instead, they're met with staunch denials by the supposed criminals, the inability to put two-and two together and languorous stretches on both sides of the jail cell glass. If it wasn't for the coolly sensual (and viscerally rough) relationship between cop Gerard Depardieu and purported criminal Sophie Marceau, "Police" might even be called boring. But there's more than meets the eye in Pialat's rigorously researched script (by filmmaker Catherine Breillat) that pivots during its second half and not only spreads deeper into the underworld Depardieu is trying to crack open, but turns the consequences inward as cop and beautiful criminal traverse a more personal intersection. 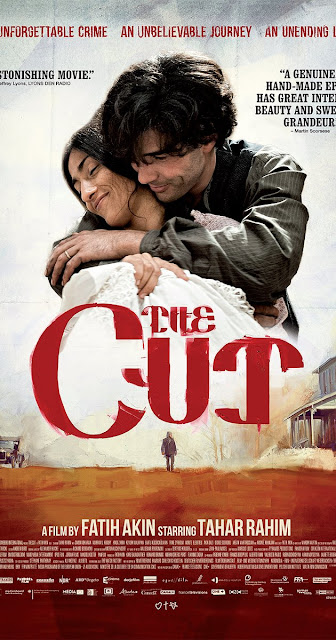 Turkish filmmaker Fatih Akin burst onto my radar in the early 2000's with his masterful and brutal love story "Head On". Since then, his films have registered slightly with me, but lacked the raw emotional nerve of that early film. Now comes "The Cut", an intimate epic about a father's journey from survival of the Armenian genocide in the early 20th century to tracking down his separated twin daughters. Unflinching in the way it presents human atrocity and yet achingly real as it slowly boils all the violence and intolerance into a simple-minded journey of one man, "The Cut" resembles Elia Kazan's "America, America" in its sweeping belief of escape as the ultimate assertion of personal freedom. 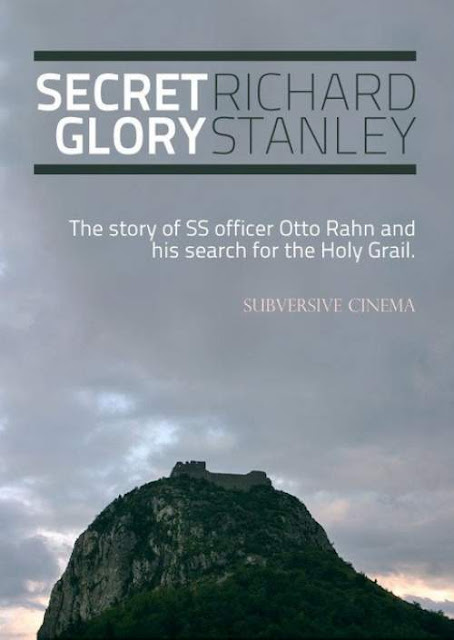 TV presets such The History Channel or AHC seem to deal exclusively in Nazi documentaries these days. Hitler's fetishes. Was he on meth. The rise of Nazi Germany or new found photos of his inner circle at play juxtaposed against the horrors they were aggressively pursuing. Illuminating, perhaps, but rather stale when it comes to truly exposing something humane in the maelstrom of history. Then there's cult auteur Richard Stanley's little-seen video documentary about archaeologist Otto Rahn and his unfortunate coupling with the Third Reich. A coupling that ended in destruction for him personally...shamed, harbored by friends and rattled to his core. The idea of Nazi Germany's search for archaic powers and long lost Christian artifacts is yet another ripe post modern subject for TV docs, but Stanley buries beneath the surface in "The Secret Glory" and presents a tale that shatters the mysticism and reveals a hopeless romantic unable to come to terms with the decisions he made with his life. We often forgot that war does destroy cities and masses of people, but its obliteration of ideals is just as demoralizing. Honorable mention: Lost Soul: The Doomed Journey of Richard Stanley and His Dr. Moreau" 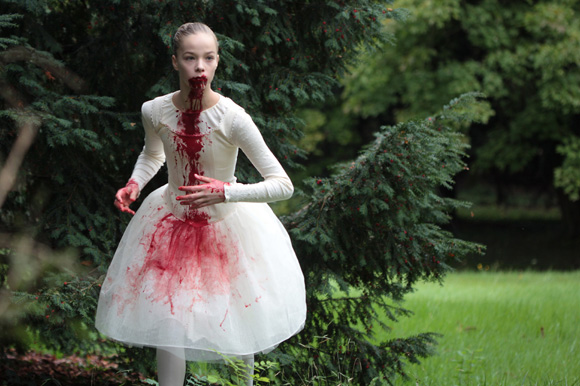 After the unmitigated success of their international shocker, "Inside" (2007), which still ranks as one of the best horror films of the last 25 years for me, the sky was the limit for French filmmaking duo Julian Maury and Alexndre Bustillo. "Livid" is that follow-up and while it's not the violent masterpiece of their debut effort, it is a spellbinding exercise whose scattershot ellipses to black and perfectly attuned atmosphere feel like someone breathlessly whispering a gothic fairy tale into your ear. It's also the home-invasion-turned-horror-house that Fede Alvarez's "Don't Breathe" so desperately wanted to be. It's calm mixture of gory shock, palpable dread and wisps of the fantastic all add up to a hugely satisfying and underrated horror flick, barely released here in the States and still only available on a Region 2 DVD. Seek this one out. 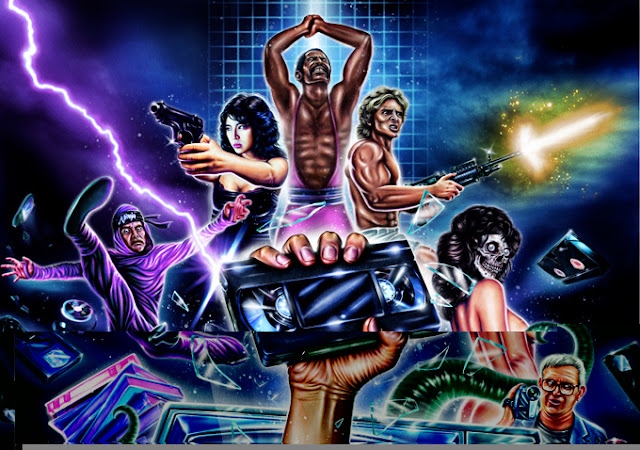 Wandering the aisles of video stores in the 80's and 90's, I immediately identified with the images and recollections stirred up with Johnson's documentary about VHS box art and its rabid collectors. Yet more than a trip down memory lane ('member VHS?), "Rewind This!" continues the onslaught of good to great features trying to immortalize the nostalgic value of things like Canon Films or Australian exploitation works. These are interesting caveats in film lore and whether or not one considers them trash, art or simple sleazy dissonance from yesteryear, they more than deserve their place in film history. 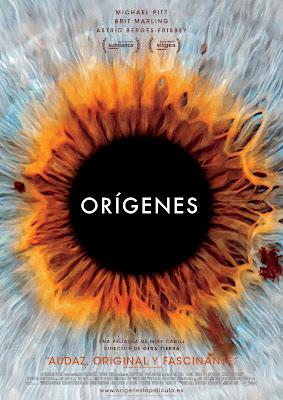 10. I Origins (2014) - Director Mike Cahill seems inherently drawn to the pseudo-science and its impact on our everyday world. With "Another Earth" a few years back, he created an indie film that not questioned some heady thoughts about our own mortality and the world's end, but he made a star of actress Brit Marling in the process. In "I Origins", he again positions some serious ideas within a highly melodramatic framework. When intelligent scientist Michael Pitt meets the love of his life at a Halloween party (played by beautiful Astrid Berges-Frisbey), their coexistence is torn apart by tragedy and he spends the rest of the film trying to determine if one's soul lives in our eyes. Describing the film in this simple way just doesn't do it justice. Rendered beautifully by its young cast and featuring some of the swooniest cosmic coincidences since Julio Medem's "Lovers of the Arctic Circle", "I Origins" makes you think, feel, and reach out to hold onto someone you really care about. Oh, and it prominently places a Radiohead song in its finale that only bolsters its emotional impact. 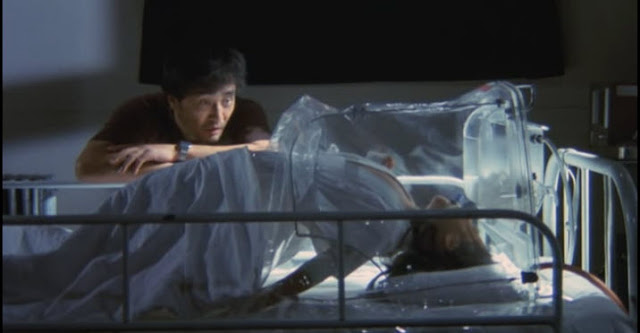 Yoshitaro Nomura brings his elegant sense of procedural to the medical melodrama (complete with day and time stamps as the film progresses) with this odd but moving tale about a young girl's journey with a paralyzing illness. Almost punishing in the lengths it goes to portray her endless days in the hospital and even more honest in the way Nomura slowly tightens his gaze on the helpless parents (Tsunehiko Watase and Yukio Toake) as they watch their little girl suffer, "Writhing Tongue" ultimately becomes yet another stirring and competent entry in Nomura's largely unrecognized work here in the States that demands more of an audience.