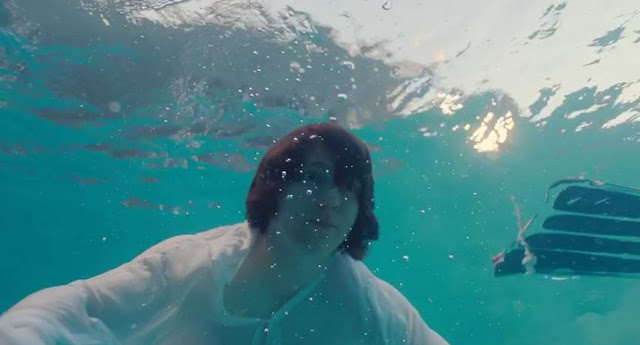 By blending both portions of Wilson's tortured life together as if they're happening at the same time, filmmaker Pohlad and screenwriter Oren Moverman elicit a fully formed and wide-eyed portrait of a cliched subject with fresh acuity. There may be a bit of armchair philosophizing involved, but no scene is as incisive as the first date between Melinda and Brian.... while opening up about his father, the camera holds on Elizabeth Bank's range of expressive reactions, followed up with a wry, half-hurt uneasy dismissal of "well, shit!" Lots of films have focused on the conflicted nature of creative personas well ahead of their time, but "Love and Mercy" shows us that paradigm and then allows something beautiful, besides the art, to flourish from it.
Posted by Joe Baker