In Praise of Maggie Cheung #2 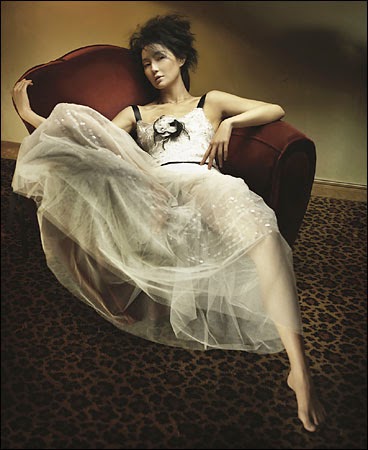 Probably the pinnacle of Maggie's western attention came in her fourth collaboration with filmmaker Wong Kar Wai in the elegiac, heartbreaking "In the Mood For Love". Widely hailed as a masterpiece, Cheung's performance is all body language, eye gestures, unrequited glances and slow soft finger movements to her mouth as she puffs on a cigarette. It's an extremely seductive performance. 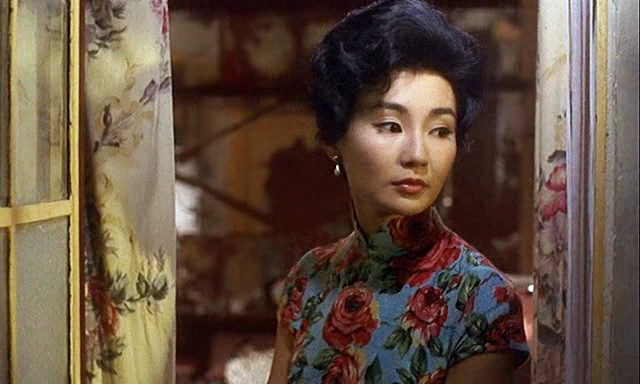 Set in 1960's Hong Kong, Cheung plays neighbor to Tony Leung, newly arrived at the tenement, and the two immediately form a sexual attraction, but decide not to pursue carnal lust since they're both married and their social structures (plus the confines of stifling moral code of the time) won't condone such a relationship. Filmed in dreamy slow-motion, which only heightens the beauty of both Cheung and Leung, "In the Mood For Love" is a two hour tease, revealing that its often much more powerful to portray repression than all-out passion. For fans of Cheung- or cinema itself, this is required viewing.


Made just before Kwan's masterpieces of the 90's, "Center Stage" and "Red Rose, White Rose", "Full Moon In New York" feels like the blander companion piece to "Farewell, China"... as if the woman Maggie Cheung embodied in that film actually settled herself and carved out a respectable (and sane) lifestyle in the carnivorous city. The story here involves three women, including Sylvia Chang and I-Chen Ko, who become friends and bond while they deal with a series of problems ranging from an unhappy marriage to the pitfalls of couch-crashing in between acting gigs. 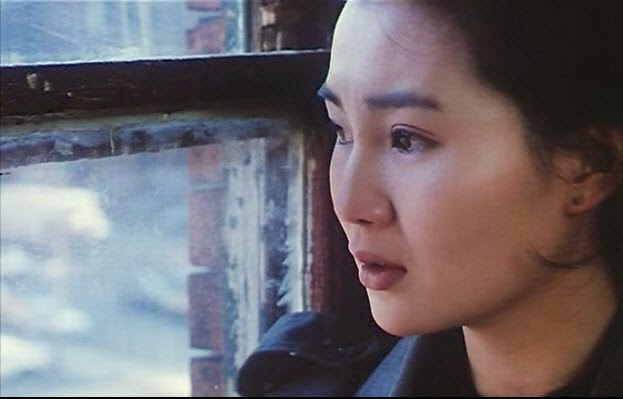 Cheung has the juiciest role, though, as Lee, a lesbian flailing against her inner voices and falling for a real estate buyer in the meantime. Although "Full Moon In New York" repudiates any explicit actions of homosexuality (instead lingering on a sole knee grab and an emotionally charged confrontation when her lover walks in on her kissing a man), Cheung does just enough to almost make one wish the entire film had focused on her instead of the marginally involving issues of the others. Sadly, "Full Moon in New York" didn't quite live up to my expectations- based on the few Kwan I've seen- yet it should be good for Cheung completists. Suspect title aside (probably from a broken translation or blurb I'm not familiar with), "A Fishy Story" stars Cheung and Kenny Bee as neighbors who struggle together during the 1960's. She wants to be a movie star and he simply wants to outlast the local riots and get back to earning money driving a cab. The film starts off unsure of itself, but, as it works towards its slightly cliched but tenderly rendered finale, it builds momentum. Cheung, resplendent in all hues of orange, gold and blue lighting,﻿ is again wonderful. Plus, its use of The Platters' "Smoke Gets In Your Eyes" predates its use in Hou Hsiao Hsien's tales by a few years and imparts the same woozy, atmospheric tone.
Posted by Joe Baker

Sometimes people don't believe me when I tell them about how much you can earn by taking paid surveys from home...

So I show them a video of myself getting paid $500 for filling paid surveys to set the record straight.