The Paolo Sorrentino Files: One Man Up

Despite its tenuous grasp on basic storytelling, Paolo Sorrentino's 2001 debut film "One Man Up" still resounds with his unique, independent vision and flashy style. It also introduces us to the first collaboration between filmmaker Sorrentino and actor Toni Servillo... a combination that would team up three more times over the next five films. All the hallmarks of Sorrentino's now usual MO are present here- the inventive use of pop music, the careening camera that alternates between flat frontal shots and elaborate tracking shots (including one breathtaking long take of Servillo in a nightclub... something echoed later in "The Great Beauty") and Sorrentino's belief in the almost supernatural linkage between man and magical life moments. 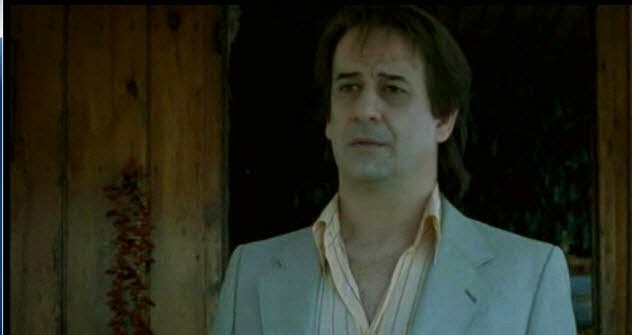 Taking place in Italy in the late 80's, "One Man Up" holds a gimmicky narrative. Toni Servillo is Tony Pisapia, a well loved crooner at the end of his career. His demise is expedited when he's caught having sex with an underage fan, effectively losing his carer and family. At the same time, Andrea Renzi is a respected soccer player also named Tony Pisapia. When he allows an important goal in a big match, he's quickly ejected by the referee for arguing calls. The next day, he breaks his leg in a match, possibly because he was unwilling to participate in the fixing of the match. His career ends but his battle to become a coach of his old team hits a wall as the owners of the team are unwilling to give a broken player his chance. "One Man Up" has been called a satire of fame, but I think there's something more going on in Sorrentino's tale. The two Tony's meet only once in the film, as they pass each other in a subway station right before the film's dark and somewhat confusing and even trite finale. Like the films of Julio Medem or Wong Kar Wai, there's no grand metaphysical connection between the two Tonys. They both simply endure the grind of daily life in their own way, flailing at success and more often than not ending up in disappointment and by-gone hopefulness. Like "The Great Beauty" and "This Must Be the Place", "One Man Up" is a regretful exploration of the could-have-beens in life. As the singer grasping at the final straws of his once success, Servillo is the more resonant of the two characters. There's one poignant scene that summarily encapsulates this sadness more than anything else- after securing a small deal to sing in an old friend's restaurant, Tony quickly walks back out to tell his daughter of the news. Meeting her for the first time in a long while on the patio of this restaurant, Tony comes out to find she's wandered away, slowly walking away on the beach. His morose, disappointed expression says more about the broken individual he's become than all the excessive coke snorting and drinking we've seen up to that point. 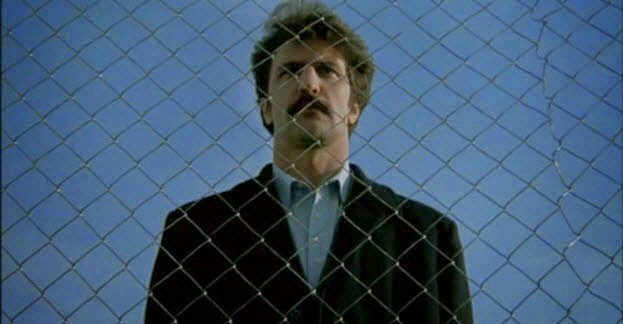 Amateur storytelling issues aside, Sorrentino clearly shows his talent for indelible images with this debut film. At times, his use of Pasquale Catalano's score coupled with his roving camera create charged moments. Sorrentino is nothing if not an exciting filmmaker for the seemingly chaotic choices he makes work. One striking example is when soccer player Tony goes to a party with a girlfriend and while they're sneaking a quick fuck in the bedroom, the host's daughter commandeers the stereo and begins a weird little dance to a techno song while the partygoers ignore her. It seems strange at first, until I can think of the exact same thing that happened to me at a party years ago- minus the lovemaking. It's these random, electric moments infused through all of Sorrentino's films that give them such a force of life. "One Man Up" is no excpetion.
Posted by Joe Baker