Mortal Storms: Edward Yang's "That Day On the Beach"

Even though director Edward Yang already had one short film under his belt (a portion of the omnibus "In Our Time" in 1983), nothing would quite compare to the ambition and brilliance of his debut feature length film "That Day, On the Beach" one year later. Sprawling and intimately epic, "That Day, On the Beach" has quickly become my very favorite Yang film... and considering his brief but magnificent output, that's saying alot. 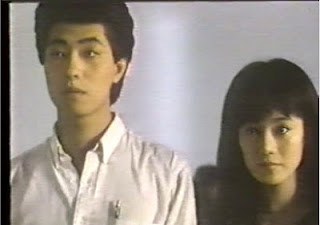 With a running time of two hours and 45 minutes, "That Day, On the Beach" takes its time in telling a story in flashback (and even flashback within the flashback) of the reunion between old friends JiaLi (Syvlia Chang) and Qin Qin (Terry Hu). Qin is a successful pianist in town for a show when she decides to reach out to her old friend. In casual conversation, JiaLi tells of her struggle after the two friends parted after high school and her subsequent relationship with Daiwei (David Mao) and their turbulent affairs together. To complicate matters, Qin Qin was once in love with JiaLi's brother, and this is the reason she initially wanted to reunite with her. Still, "That Day, On the Beach" is Sylvia Chang's story, seamlessly shifting from past to present as she tells her story to her old friend, including the strange disappearance of her husband and the tender bonds between the family she once left behind. 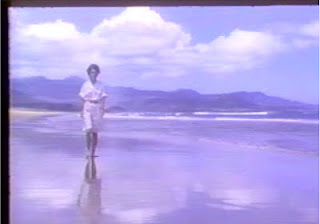 Perhaps seeing Yang's debut film last gives me a more deliberate appreciation of his total work. Yang is no stranger to epic family dramas ("Yi Yi" and "A Brighter Summer Day" among them), and with "That Day, On the Beach"), the characteristics that define so much of his later work are on prominent display. Characters, who have a small part in the beginning of the story, return later to define and emphasize a fragile moment that felt minimal earlier in the film. Like the boy gangs that run rampant in "A Brighter Summer Day", Yang's marginal characters can, at any moment, rise up and become the focus. I suppose I should learn that the term "marginal" has no value in Yang's worldview. Also, the beauty of "That Day, On the Beach" is the way Yang shifts our perception and feelings. In one early scene, JiaLi escapes her imposed arranged marriage.... her image seen cat walking outside the window of her parent's home in a driving rainstorm. Years later, when her mother comes to visit her and the two are engaged in a quiet conversation, Yang takes us back to that scene, this time shown through the mother's eyes and her small, reassuring gasp as she sees her daughter escaping into the night... and then back to the present conversation where her mother smiles slightly, approvingly. And I can't imagine a more loving, creatively omniscient image in any Yang film than Christopher Doyle's camera panning down to capture the furtive embracing of hands between newlywed husband and wife Dai wei and JiaLi. Though life (and happiness) doesn't always work out, "That Day, On the Beach" is mostly about survival. And although the film focuses on Syvlia Chang, both her role and that of Qin Qin reveal Yang's attraction to strong, mindful female characters, another trait that would mark so many of Yang's other passionate works. Nothing short of a masterpiece, "That Day, On the Beach" cements Edward Yang's position as one of the most influential directors of the last 30 years. Now if only ALL his films were readily available for mass consumerism.
Posted by Joe Baker