Wolfgang Panzer's "The Empty World" is a prototypical German film- dour, analytical and emotionless- which make the film's subject about the apocalypse via a disease that terminally ages everyone overnight even more puzzling. It's an end-of-the-world genre film unlike anything else you've ever seen. 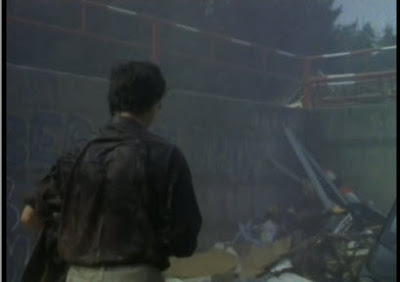 Following teenager Tom (Tilman Schaich), "Leere Welt" is broken into three distinct parts of the apocalypse- introduction, survival and commune. Tom lives with his grandparents as the virus first begins to spread across the world. Lectures in school are presented on the topic and we meet Helen (Beatrice Dossi), a bright girl who Tom has feelings for but than leaves to work as an actress. The next day, Tom's teacher arrives to school severely aged and its clear that the disease is progressing through the adults in Tom's world. As the virus spreads, Tom loses his family and hits the road where he meets various scavengers and survivors- including a little girl. There's no real reasoning to how the virus spreads or why it afflicts certain people and leaves others unharmed. "Leere Welt" is less about this scientific outbreak and more about how Tom interacts with the crumbling world around him. Finally, in the last section of the film, Tom wanders into an abandoned factory and finds Helen surviving with her friend Kiki (Astrd Marshall). The trio comprise a certain kind of family, complete with jealousy between them and an interrupted threesome. All of this is handled with straight-forward ambition and a distinct avoidance of emotion. 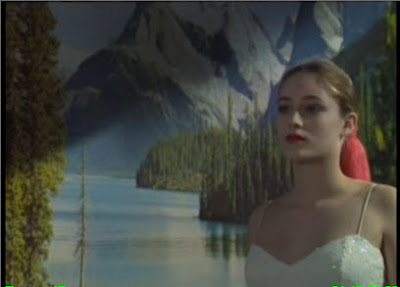 Made in 1986 and released as a TV movie, "Leere Welt" has its obvious supporters and has even been called the "holy grail of apocalypse films" by avid fans. I feel a bit jealous to say it wasn't that hard for me to locate. Still, while "Leere Welt" feels like a fairly average film on every level, I can understand the unusual interest in the film. There are moments of bizarre randomness- a pack of dogs that relentlessly chases one of the girls.... an ode to Nicholas Roeg's "Don't Look Now" in its representation of the creepy, wrinkled face of a little girl appearing on-screen.... and the disjointed performance of young Tilman who swaggers through the film like a spoiled brat searching for his lost dog rather than confronting the harsh realities of the world's destruction. As a novelty to say I've seen it, "Leere Welt" was worth the effort. Otherwise, it belongs in the annals of weird German cinema.
Posted by Joe Baker

Based on the John Christopher book "Empty World". Great book. One of my childhood favorites. Id love to see the film - where to gt a copy?

i would like see this movie,
have you a digital copy? I'm from México.