Yet another random top 5 list that came to me recently. Post 1990 because, you know, it's way too easy to create a list from early Truffaut, Garrel, Godard and Eustache! 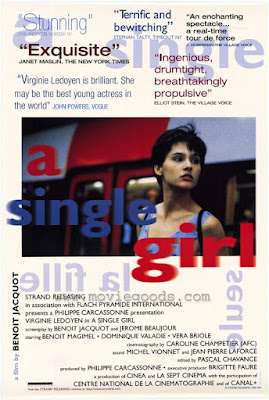 A Single Girl- Not only was this the film that introduced a majority of the western world to the stunningly beautiful Virginie Ledoyen (and she can act too!), but it helped establish director Benoit Jacquot's career. Released in 1995, it was one of the first films I can remember Dardenne Brothers style.... i.e. a simple idea (a cleaning girl struggling to make a life for herself), exemplified through long handheld camerawork perched just above the shoulder and creating extreme tension from the mundane. Benoit would go on to make other films in this vein, but none had the power of "A Single Girl", largely thanks to Ledoyen's steely eyed gaze and supermodel visage. With a pregnancy just discovered and a forceful push into the adult world, "A Single Girl" could be described as a psychological procedural as Ledoyen goes about her daily routines trying to push the bad news aside. A great film. Jacquot deserved more recognition on home video distribution. Ledoyen went onto a terrific little career as well. 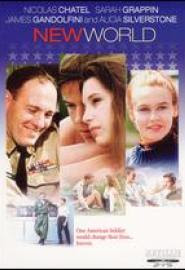 4. New World-The late Alain Corneau made this quirky, fascinating little movie in the mid 1990's, garnering some attention due to its supporting role of mid 90's "it girl" Alicia Silverstone as the love interest of a jazz-crazy French teen during the American occupation of France in the decade after World war 2. Patrick (Nicolas Chatel) loves a prim and proper French girl Marie (Sarah Grappin) until his horizons are expanded through jazz music and the arrival of an American soldier and his family, including teeny bopper Silverstone. The idea of the loud, boisterous American versus the quaint French ways of living are a bit heavy-handed, but the film hits so many right notes in its depiction of young love that it wins one over. A young James Gandolfini also stars as a burn-out soldier who befriends both Patrick and falls in love with the impressionable Marie. Corneau's straight forward filming style and the charismatic performances raise "New World" into something quite good. There are dark moments and lots of brooding by Patrick as well. 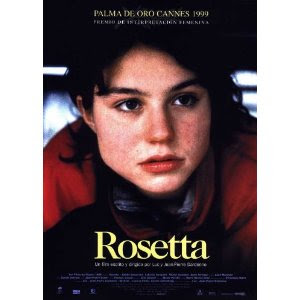 3. Rosetta- No list like this would be complete without a Dardennes Brothers film, right? For my money, "Rosetta" is it. Sure I admire "The Son and really love "Lorna's Silence", but "Rosetta" was the film that put them on the map and branded their now imitable style. Morose doesn;t even begin to describe the punishment Rosetta (Emilie Dequenne) endures throughout the film, losing her job in the opening scene and crawling around a cold Paris scratching a living by selling old clothes and trying to stave off the death of her alcoholic mother. As a surprise winner at the Cannes Festival in '99, "Rosetta" is a tense, compulsive experience. 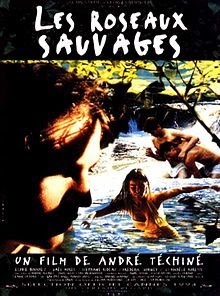 2. Wild Reeds- I much prefer the French title, "Les Roseaux Sauvages". Andre Techine's much lauded 1994 film, along with the next film on this list, probably did more than any other French film of its kind to propagate the confusing lives of French teens in the 90's. This time its a love triangle between young Francios (Gael Morel) and his best friend Maite (Elodie Bouchez), who has a hidden crush on him. Francois meets Serge (Stephane Rideau) and his latent homosexuality is stirred up. Techine establishes wonderful atmosphere in "Wild Reeds", placing the confused teenagers during a very volcanic time.... circa the Algerian War, whose effects are felt in killed loved ones and talk of future enlistment. 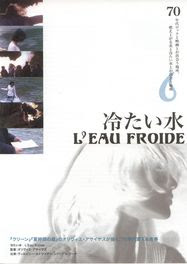 1. Cold Water- My appreciation for Olivier Assayas' masterpiece is well documented. Released in 1994 before Assayas would become an international sensation with "Irma Vep", I'm tempted to call "Cold Water" his best film- though I've yet to find three more of his earlier films. Ledoyen would go on to become a marginal star in the late 90's alongside Leonardo DiCaprio in the under appreciated "The Beach" and we're all aware of Assayas' cinematic legacy. "Cold water" is a tender, alive and raw example of a film that deserves a larger audience. And for all the films on this list, THIS is the most morose, moving and ultimately timeless example.
Posted by Joe Baker