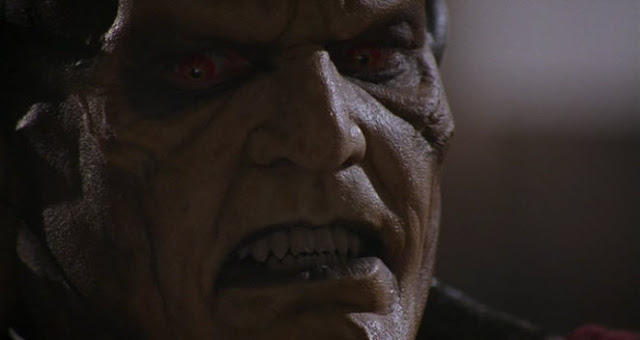 I can't believe I've never seen the "Wishmaster" series. Released in the late 90's- right smack dab in the middle of the years where friends and I would stay up all night, drinking to "Nightmare On Elm Street" and "Harley Davidson and the Marlboro Man"- this schlock horror series should have been front and center. Alas, I watch it now, sans the swirling appeal of alcohol, and it's pretty bad. The idea of a 'djinn' has always intrigued me, but the transformation of such a nightmarish ideal into a wise-cracking white guy in a business suit (and prison jumpers for the sequel!) is far from the established terrifying history of said creature. 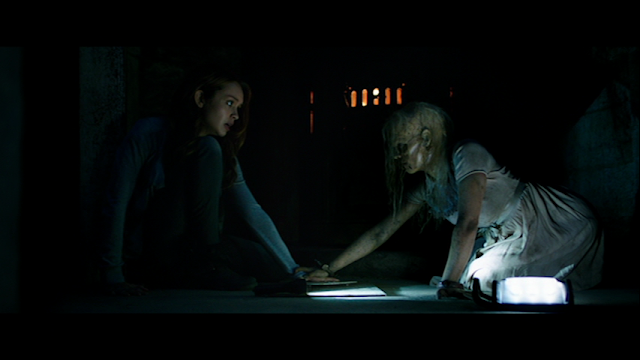 A PG-13 rating and lackluster word of mouth always kept me from indulging in "Ouija". However, the PG-13 rating is perhaps the most interesting aspect of this film about a group of dope-headed teens who experiment with said evil contraption in order to find out what happened to their dead friend. Olivia Cook leads in an effective thriller, free of gore and normal-explicit-horror-film-stuff, relying on old fashioned jump scares and some expertly choreographed scenes to ring every amount of tension from its somewhat narrative. Still, this was a pleasant surprise. Now onto Mike Flanagan's part 2 which, with the same style of rating, hopefully entails some of the same pleasures. 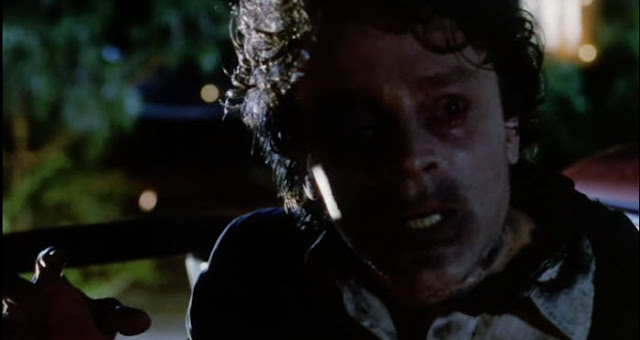 Tobe Hooper has his devotees, but his career is quite the schizophrenic one. By the time of "Spontaneous Combustion", I feel like he'd kind of lost his edge. Still entertaining for its woefully hectic performance by Brad Dourif and unique subject matter about nuclear age test-dummie parents giving birth to a man who can shoot fire and destroy others is very Stephen King-esque. There's not much schock here, but lots of schlock.
Posted by Joe Baker