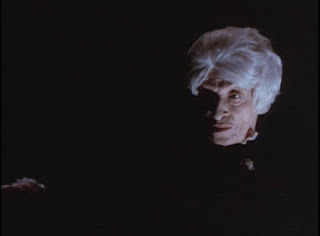 Blacker Than the Night- Carlos Enrique Taboada’s “Blacker Than the Night” tells the story of four beautiful young women and their experiences in a large inherited mansion. Ophelia (Claudia Islas) inherits the large house from her dead aunt and promptly movers herself and her three friends into the house. The only stipulation- they must care for the aunt’s cherished cat. We all know how that goes and once the hapless girls allow the cat to die, aunt Susana is none too happy. Released in 1975, “Blacker Than the Night” relies on old fashioned scares, and those looking for gore or violence will be sorely disappointed. But I found a great charm with the film’s pace and reliance on light and shadow to shock. Also, Taboada continually stresses the huge divide between past and modern- the girls continually call the house “full of junk” and the film’s first real jolt comes not in the antiquated house, but a modern library with a very minimalist feel. Taboadad, who contributed a large number of films to Mexican cinema in the 60’s and 70’s often worked with low budgets, maneuvering through his lack of finance with camera placement and atmosphere. Based on “Blacker Than the Night”, I look forward to his other films. 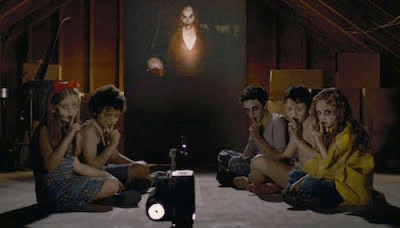 Sinister- I really, really wanted to love Scott Derrickson’s “Sinister”. The idea of a demon spirit existing in the images of 16MM home movie footage is just splendidly eerie…. And very meta cinema (which the next film in this post executes likes aces). For a majority of “Sinister”, it does hit the right notes in establishing Ethan Hawke as a questionable lead character and namely his Jack Nicholson-like “The Shining” slips of reality, but the film, ultimately, winds up as a victim of its own marketing strategy. In trying to sell the film, “Sinister’s” finest moments are telegraphed in the trailer. As the film winded down, I found myself figuring out the plot relatively quickly and my mind wandering. I do give props to the sound editing team, whose choice of musical edits and sound design render some truly unnerving moments during the “snuff” movie excerpts. 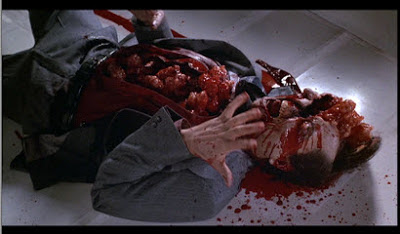 Videodrome- I don’t know if one could technically classify David Cronenberg’s “Videodrome” as horror, but for my money, it’s the most terrifying film on this list. Released in 1983, the film is a virtuoso distillation of so many Cronenberg ideas he would later develop, articulate and re visit in subsequent films- especially “eXistenZ”. As a small-time television channel owner and programmer, James Woods discovers a pirated TV signal that appears to be a snuff film. Once he watches it, his grip on reality- and his relationship to those around him- slowly succumbs to hallucinations and violent episodes that borders on brainwashing. There are so many iconic images in “Videodrome”- the hand slowly pushing out of a TV set…. Woods pushing a gun inside a vaginal-like wound that opens on his stomach….and a breathing videocassette tape. Just a great film that pulses with terrific ideas on the psychological decay of humankind.