5. The duo of Keira Knightely and Steve Carell in "Seeking A Friend For the End of the World" 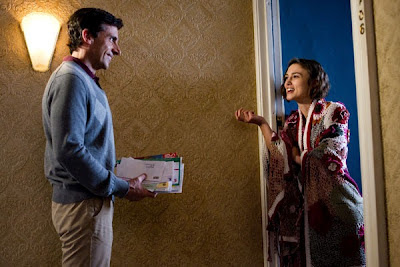 In my recent review for Lorene Scafaria's apocalypse dramamdy, I stated "Knightely is wonderful again, although it wouldn’t take much for me to fall in love with a 28 year old Brit-hipster chick who totes around Walker Brothers and John Cale vinyl and who scribbles David Bowie sayings on her wall." This is very true. I'm an easy mark for this "pixie girl" as I've seen her described, and no doubt that Knightely's performance and "bean-pole" persona sways my affections easily. But it's the film itself- and its never wavering finale- that has lingered with me for over a month now. If that's not the sign of something good, then I don't know what is.

I know the criticisms..... but I still love this band and everything they do. Just magical moments in so many songs on this new album. 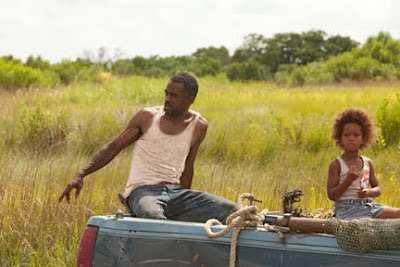 Three new films this year dispense with traditional storytelling for the most part and paint wrenching portraits of a very specific time and place.... what I love to call mood films. Oren Moverman's "Rampart" is the thinking man's "Training Day", following a terrific Woody Harrelson over the course of a few days in early 90's Los Angeles as he deals with police corruption, impending debts and his own fractured, confusing home life with two ex-wives and two daughters. Wes Anderson's "Moonrise Kingdom" is style and place tilted to perfection in "Moonrise Kingdom" with 1960's New England coastline and tweener love. Benh Zeitlin's debut film, "Beasts of the Southern Wild" is certainly the most experimental of the three, but no less acute in its representation of a group of poverty-ridden people living on the outskirts of the Louisiana coastline. Not only are these three of the very best films of the year, but when placed in a time capsule, these films should show how beautiful, fucked-up and complex our modern world is.

This very well may be a wave that I'm just now catching onto, but the wealth of obscure and not-readily-available-on-home video films that are cropping up on YouTube is overwhelmingly good. If one is searching for something, go there and type in the title. You may be surprised. Or you can check out blogs such as the excellent Lerner International blog whose mission in life is to direct consumers to overlooked gems available there. Add to that a few software downloads and one can always own a ready-made dvd version.... not that I'm promoting such an act but throwing it out there as rhetoric. 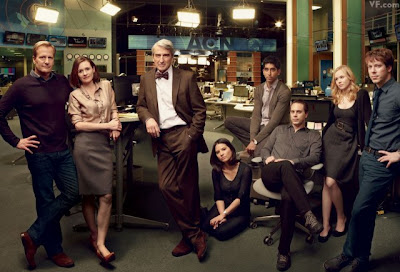 Select television continues to be the defining initiative for intelligent, culturally impactful works of art. Channels such as HBO, FX and AMC continue to push the envelope (yes, "Breaking Bad" begins its assaulting final season tonight!) and churn out unbelievably impressive series. Aaron Sorkin's "The Newsroom", Louis CK's "Louie" and others such as "Boardwalk Empire", "Game of Thrones" and "Eastbound and Down" have firmly planted themselves as challenging, sometimes uncomfortable but always meaningful works of art.
Posted by Joe Baker

Wow! Thank you for the shout-out!
At Lerner International we strive for success!
--Ivan

No, thank YOU Ivan.