In the annuls of ironic film titles, Edward Yang's 4 hour masterpiece certainly takes the cake. Taking place in the summer of 1959 and the following year, Yang's film is autobiographical in the sense that his family lived through the same turbulent times. Yang's family was displaced from China into Taiwan during the late 40's and the film's slow-evolving burst of violence is based on an actual incident. Everything in between is immersing and, at times, overwhelming. "A Brighter Summer Day" does focus on one central family (and essentially a young boy named Sir) as they face problems both intimately and politically.

Released in 1991 and growing marginally over the next few years where it received critical support slowly when it was shown at various film festivals or Yang retrospectives, "A Brighter Summer Day" has been my number one sought after film for several years now and it doesn't disappoint. It's length is almost necessary... observing a sprawling group of students and street gangs as they fall in love, fight with each other, deal with domestic problems within their families and, perhaps most importantly, swoon with Elvis Presley records and diligently decipher the lyrics. Still, the street gang violence eventually overtakes as the crux of the film, with its many young child stars evolving from innocent bouts of fistfighting and gangster posturing to bats and samurai swords. Yang quietly belies the fact that the children's seething angst mirrors the unhappiness of their parents resentment for leaving their homeland for an uncertain future. 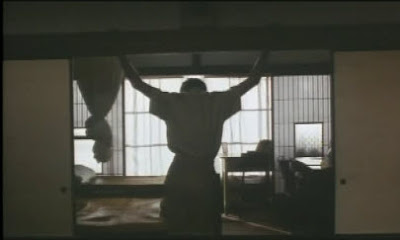 Like the films of Hou Hsiao-Hsien, "A Brighter Summer Day" is an instinctual film. Yang never rushes any shots, resorts to simple camera movement and gentle dollies to enhance the narrative, and allows the lingering strands of his multiple stories to breathe. For example, one of the surface characters is gang leader Honey. He's only mentioned for the first two hours or so, and when he does finally arrive on-screen, his name is never mentioned but the viewer gets an immediate idea of his presence. And while the many gang fights can be disorienting as to their root cause (and Yang doesn't help matters by obscuring most of them at night time or during a driving rainstorm), what's important is the gradual impact they have on Sir (Chen Chang) and his impressionable group of friends. Thrown into the mix are several girlfriends to the gangs that only raise the hormone and jealousy level, eventually causing the roof to blow off in shocking ways. 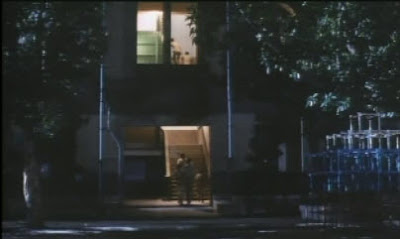 Yang would make several more films after "A Brighter Summer Day" dealing with some of the same issues of cultural and political displacement. Of course, 2001 would bring him international acclaim with his powerful film "Yi Yi". That would be the last film he would make, passing away from cancer in 2007. I can't imagine a more inspiring way to memorialize a life in "A Brighter Summer Day". It's full of so many gentle moments amid the violence and it lovingly recreates the excitement of discovering rock and roll music like few films. Our first loves may not result in the type of violence that spews out in Sir, but the feeling of uncertaintly and the desire to simply blend in are universal themes and "A Brighter Summer Day" crystallize it.
Posted by Joe Baker